Tender Greens and Halsey are working with the Summaeverythang community center in South Central Los Angeles to provide fresh food to people in need.
News>Fast Casual

Tender Greens is partnering with Los Angeles artist Lauren Halsey to coordinate getting food to people in need in that city’s community of Watts, CEO Denyelle Bruno told attendees of a Restaurants Rise digital panel Friday.

The chain of about 30 fast-casual restaurants and Halsey are working with the Summaeverythang community center in South Central Los Angeles to provide fresh food to people in need.

Bruno said the initiative was in support of the movement sparked by the May 25 killing of George Floyd by Minneapolis police.

Although the movement was formed out of tragedy, she said, “If you look at these crowds, they’re very diverse [which] is the amazing result of this,” adding that it energized and unified people.

Tender Greens will provide logistical support to help collect food donations, working with Sustainable Economic Enterprises of Los Angeles, or SEE-LA, which works with local farmers markets and other organizations. 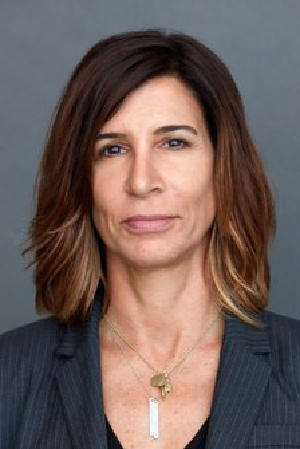 Bruno said a formal announcement would be made on Wednesday on Tender Greens’ Instagram feed, which people can visit to learn about how they can contribute.

Michael Lastoria, founder and CEO of &pizza also was on the panel, and he discussed the chain’s recent announcement that it was offering its staff three days’ paid time off for activism, with opportunities to earn more.

“The inspiration was, as leaders, recognizing the issues in America with systemic racism and really leaning into the fact that black lives matter, and trying to figure out how we as a company can use our platform and resources to allow our people to be seen and to be heard,” he told attendees, adding that the ampersand in &pizza stands for promoting unity and doing the right thing — and putting that before the pizza itself.

“Employees and all citizens should feel empowered to participate in what’s most important and vital, not choosing between doing what’s right and receiving a paycheck,” he said.

We are boarded but not bored. We commissioned local artist @maspaz to create these murals on some of our shops in solidarity with the protests. Black Lives Matter. pic.twitter.com/TAnCJmz03G

&pizza operates in many cities hit hard by the social unrest, such as New York, Philadelphia and Washington D.C., and did board up seven or eight of their roughly 50 locations to prevent looting, Lastoria said.

However, he said, “We’re not the barricade brand, so they commissioned local activist artists to paint the plywood as an act of beautification.

Rick Badgley, chief people and administrative officer of Brinker International  — parent company of Chili’s Grill & Bar, with more than 1,200 units, and Maggiano’s Little Italy, with about 50 locations — told the panel that nearly 200 of their restaurants were affected by the unrest and had to either close early or for the whole day. However, he said the company supported the protesters and continues to pass out water to them as they walk by.

“I’m real proud of the team and am excited for what we’ll do next on how we continue to support this movement,” he said.

“What we weren’t going to do is flash it up on our social media,” he said. “We have many to take care of internally, and we will externally continue to emphasize our diversity initiatives in how we lean into underserved communities.

“The most powerful thing that we continue to do is listen,” he added, “through a lens of compassion, empathy, and for many hopefully understanding.”

The full discussion can be watched on demand at restaurantsrise.com: In the resources section, select Power & Purpose: A Leadership Panel.