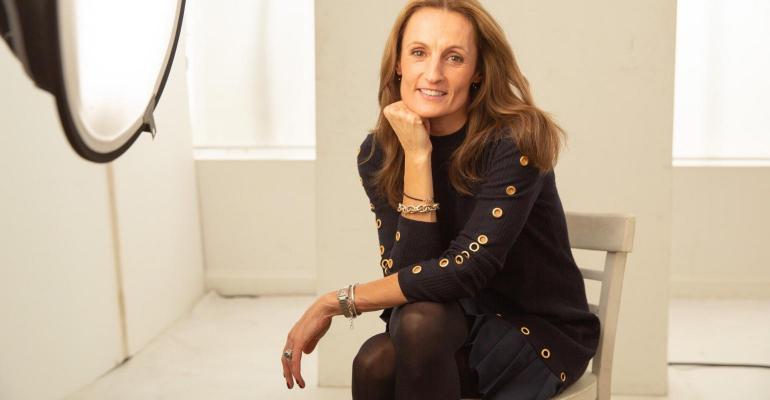 Tara Comonte is leaving Shake Shack to become CEO of a company outside the restaurant industry.
News>Fast Casual

Tara Comonte is stepping down as president and chief financial officer of Shake Shack Inc. to become CEO of a private company outside the restaurant industry, the New York City-based burger chain said Monday. She will remain in her job until the end of the first-quarter earnings cycle and her last day will be May 7, Shake Shack said, adding that a sub-committee of the board of directors has been created to search for her replacement and will retain a firm to manage that search. In the meantime, Comonte’s duties will be divided among current executives.

Comonte joined Shake Shack in 2017 and was promoted to her current position in the fall of 2019.

In a release announcing Comonte’s resignation, Shake Shack CEO Randy Garutti thanked her for her contributions over the past four years.

“I’m thrilled to see her take on a CEO role and our Shack team will be rooting for her every success,” he added. “She leaves the company with an incredibly strong team and foundation that is well positioned for our accelerated growth ahead. We’re beginning to exit the pandemic, returning to a robust development schedule, leveraging our broad array of new formats and digital channels and continuing to build this beloved global brand.”

For her part, Comonte said she was honored to work for the 310-unit chain.

"It has been a huge honor to help lead this incredible brand through such a transformational period of growth,” she said. “Shake Shack is a very special place, full of passionate, high-performing, talented leaders, each of whom I will sincerely miss. I’m excited to watch their success and growth continue around the world for many years to come and will remain one of their biggest fans. I would like to thank everyone at Shake Shack for the last wonderful four years, a time I will forever treasure. I wish everyone in the company every success.”

Shake Shack has continued to innovate during the pandemic, including moving forward on its sustainability mission by testing carbon-negative straws and cutlery as well as aluminum water bottles, which are more easily recycled than plastic bottles, and, most recently, launching delivery via its app systemwide.