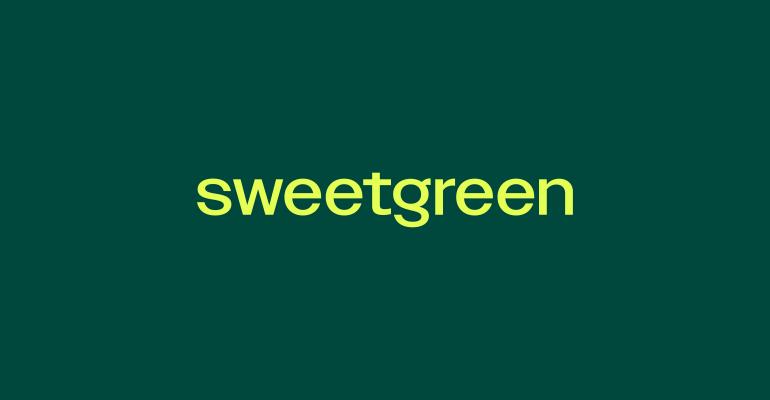 121-unit Sweetgreen has unveiled its rebranding in a campaign with tennis star Naomi Osaka.
News>Fast Casual

The new branding is meant to focus on the core tenets of the fast casual restaurant: food and culture

“At Sweetgreen, we create experiences that connect food and culture together, and we want this brand identity to help re-imagine what the fast-food industry looks like in the years to come,” said Nathaniel Ru, co-founder and chief brand officer.

Over the past year, the Culver City, Calif.-based brand has been crafting its new brand identity internally to refocus on “connecting people to real food,” according to a spokesperson for the company.

The new redesign is meant to highlight its “food ethos, which celebrates seasonality, local sourcing and transparency,” as well as its “sustainability initiatives and ongoing journey to carbon neutrality,” according to the company. Sweetgreen pledged to be carbon-neutral by 2027 in February of this year.

The main difference is the company’s logo. While still all lowercase letters, the name is now in a bright, electric color that bounces off the classic dark green of Sweetgreen.

The new background color has been named “kale” by the brand, a fitting name for a salad company’s base logo. Also part of the redesign are new uniforms for employees in the dark and lime green combination. 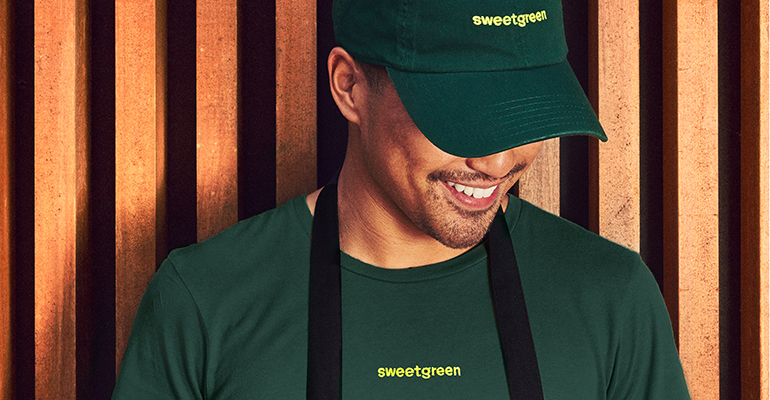 Along with the logo, new food photography puts the ingredients front and center of each photo; one photo features David Chang holding kale. 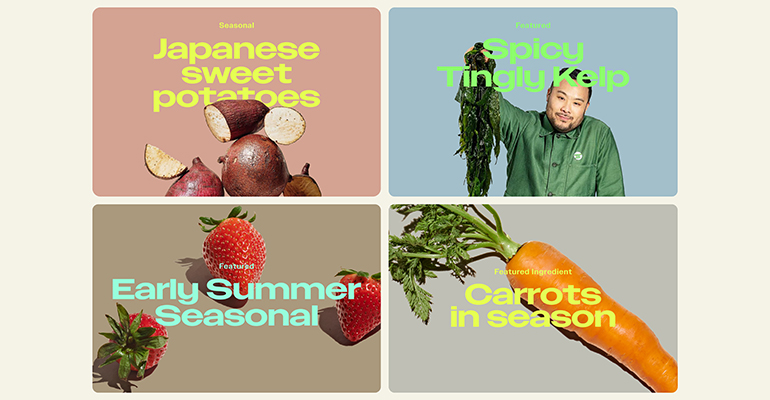 As a tech-forward brand, the company’s in-house app was also part of the rebrand, including a new color scheme, font and fun illustrated elements, like an Uber driver driving a giant radish in their car.

The fast-casual brand gave customers a first peek at the new brand identity in a promotional video with tennis superstar Naomi Osaka in honor of her new salad on May 20, seen here on Instagram.

The company said it hopes to roll the new design out at locations across the country over the next few years.

The meal in collaboration with Naomi Osaka was announced in early May, when she was also named the brand’s youngest investor and first national athlete ambassador.

“I’m proud to join forces with Sweetgreen to change the way the world thinks of traditional fast-food sponsorships. As an athlete, what I put into my body directly correlates to how I perform and eating delicious, healthy foods fuels my daily routine,” Osaka said at the time. “I’m excited about the work we’re doing together to create a positive impact.”

Sweetgreen is reportedly seeking an IPO, according to multiple reports. As of May 2021, the 121-unit company is privately held.