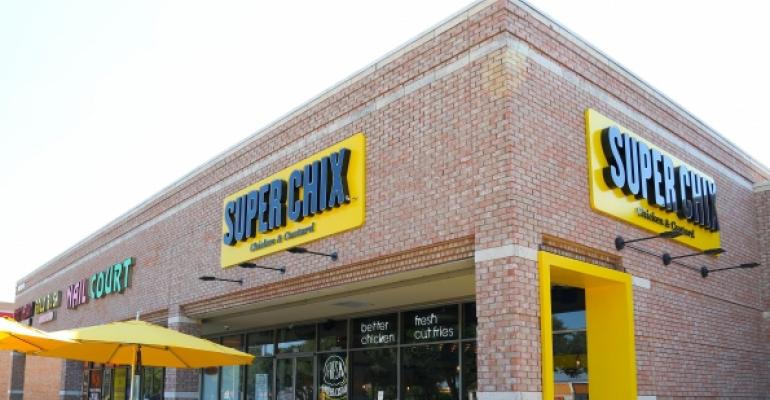 The Louisville, Ky.-based parent to the KFC, Pizza Hut and Taco Bell chains spun off Super Chix, the fledgling “better chicken and frozen custard” concept, in the past two weeks, said Ouimet, who is now CEO of Super Chix. Terms of the deal were not disclosed.

Before Greg Creed took the reins as Yum CEO in January, the company had developed several ancillary concepts in addition to Super Chix, including the fast-casual U.S. Taco Co., the two-unit Vietnamese-inspired Banh Shop and the fast-casual KFC Eleven, which the company reportedly closed in April.

A Yum spokesperson in Louisville did not replied to emails by press time about what the Super Chix sale might mean for the other test concepts in development.

The new Super Chix leadership sees growth for the concept, which offers fried chicken and chicken tenders, freshly cut fries with flavorings, and a variety of housemade frozen custards in a fast-casual setting. The custards are also sold in take-out pint containers.

“We’ve got a group of investors that are well-funded and not looking to do two stores,” Ouimet said. “We absolutely think this a brand that has got legs and could go far beyond Dallas. It could be a national brand. It could be an international brand. But you have to crawl before you walk.”

Ouimet said the new Super Chix company plans to open two to three Super Chix restaurants in 2016 and three to four units in 2017.

The “better chicken” segment has been growing recently.

Shake Shack tested a ChickenShack sandwich in the second quarter in three restaurants and ran out of supply in just two days before returning the sandwich to those locations, in Brooklyn, N.Y.

The first Super Chix opened in the Dallas suburb of Arlington, Texas, in April 2014. The second unit opened in May, with a less industrial décor than the first and menu expansions that included a Nashville Hot Chicken sandwich and two salads, a Southwest Orange Ancho and a Club.

Ouimet said Super Chix’s target demographic is families with children. Many transactions are solely for the popular frozen custard, he added. “That’s a real barrier to entry,” he added.

Both restaurants have about 50 seats, with small patio areas. The newer Addison, Texas, location has a small play area for children. The Addison location has also applied for a beer license, and Ouimet said the restaurant should soon have regional brews on tap.

“I feel lucky to have worked at Yum, where it was amazing to work for the past 10 years,” Ouimet said. “I started as a finance guy that was in refranchising, selling groups of stores to franchisees. That was one of the reasons that helped in this transition.”

His background was in investment banking, and at Yum he worked in field finance operations at KFC and Yum, and new concept development for a variety of the brands.

“I was fortunate to work for a number of great people,” Ouimet said. “They are interested in helping people take a chance. I feel very fortunate.”