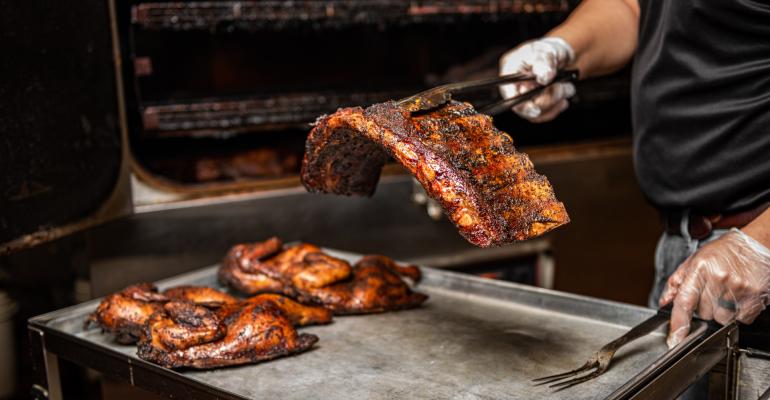 The Austin, Texas-based Smokey Mo’s TX BBQ has been acquired by Switchback Capital LLC, a private equity firm with plans for modernization and expanded franchising.

Terms of the deal, announced on Jan. 13, were not disclosed. It is the first formal investment by Austin-based Switchback, which was founded by Tim Keyes and Todd Caven, and focuses on Central Texas businesses that are cash-flow positive with room to grow.

Craig Haley, president of the 16-unit Smokey Mo’s who joined the company in October, said the concept was family owned and the previous owners have retired and will no longer be involved in operation of the company.

The concept was launched in 2000 by Morris (Mo) Melchor, who got started in the barbecue business as a teenager, Haley said. “He worked every hourly and salaried position in a number of different restaurants in Texas. Before opening Smokey Mo’s, Mo knew and understood every aspect of preparing, cooking and serving Texas barbecue,” Haley wrote in an email.

The fast-casual concept focuses on Texas hospitality and barbecue, Haley said, including tender brisket and ribs, turkey, a signature jalapeno sausage and various sides. Meats are smoked in house, low and slow, daily, he said. The average check is $22.

Of the 16 units open now, five are franchised locations, and the plan is to continue growing in Central Texas with new corporate store openings beginning in the third quarter of 2022. The company is also excited to grow the franchising side.

“For the last 12 months, we’ve been creating a best-in-class franchising process,” wrote Haley. “Our current franchisees are very much looking forward to expanding their Smokey Mo’s portfolio of stores.”