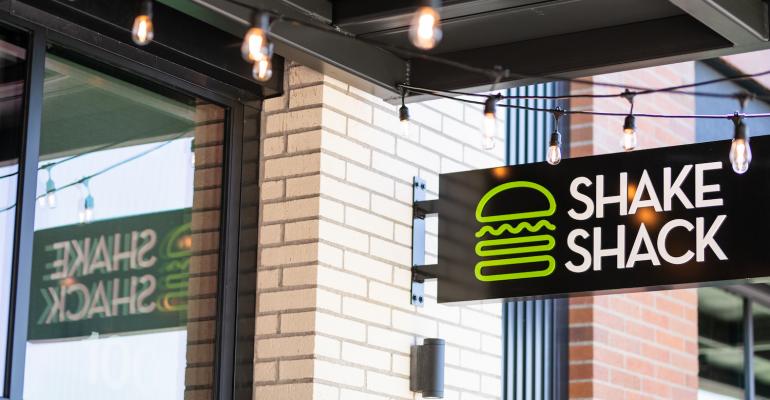 Customers using Cash App can get a rebate in the cryptocurrency

Shake Shack is dipping its toes in the cryptocurrency waters with a promotion that would reward some customers with Bitcoin, the fast-casual burger chain said Monday.

Customers who buy Shake Shack items using Cash App with the payment service’s debit Cash Card and its Cash Boost rewards program will get a 15% refund paid in Bitcoin instead of dollars.

The test, currently underway, is only being conducted through mid-March, a Shake Shack spokesperson said.

Shake Shack chief marketing officer Jay Livingston said the test would help the chain understand the level of interest its customers have in cryptocurrency.

"We’re always working on innovative ways to help our fans get their Shake Shack, however and whenever they want it." he said in an email. "Our Bitcoin rewards test on Cash App is an exciting way for us to learn about our guests and how they want to use cryptocurrency. As we think about the long-term roadmap for Shake Shack, we see opportunities to continue growing and developing these types of digital offerings to provide guests with a frictionless, more personalized experience.”

Shake Shack, a 370-unit chain based in New York City, is an early entrant among restaurants into the world of cryptocurrency, but not the first. Earlier this year, Wings & Rings, a Cincinnati-based chain, said it would accept franchising fees paid in Bitcoin, and Chanticleer Holdings in 2018 created its own cryptocurrency with the help of Mobivity Holdings Corp. called Mobivity Merit that it used to transfer points between its multiple brands.

Restaurants have found other uses for cryptocurrency, too. For example, Brooklyn Dumpling Shop, an automat-based restaurant launched last year, installed a Bitcoin ATM at its first location, in New York City’s East Village, to work around city regulations requiring the restaurant to accept cash: Bitcoin counts as cash, so the restaurant could continue to handle virtually all payments via credit card.

Cryptocurrency is a relatively new type of currency that does not rely on guarantees or support from the country that issues it but instead relies on blockchain technology.

Blockchain allows for independent verification, and record-keeping, of an electronic object’s validity. It is used to prevent cryptocurrency and other unique pieces of data, such as non-fungible tokens, or NFTs, from being counterfeited.

Proponents of cryptocurrency and other aspects of so-called decentralized finance argue that it is more secure than conventional currency and also does not rely on backing from individual countries.

That doesn’t keep it from being susceptible to price fluctuations, however. In fact, the price of Bitcoin has fallen by 14.86% in the past month to around $37,395. But some early investors have gotten rich from the currency; it has appreciated by more than 3,700% in the past five years, when it was around $970.

Those fluctuations have made it an increasingly popular vehicle for financial speculation: Pew Research Center estimates that some 16% of Americans have traded in cryptocurrency.