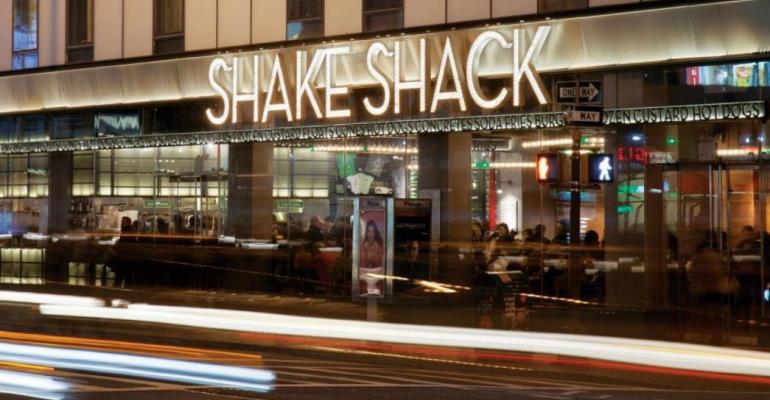 Fast-casual burger chain expands its Stand for Something Good initiative

Shake Shack has set a goal for gender parity in its leadership team by 2025, the fast-casual burger chain said Thursday. In that same year, it said it wants half of its leaders to be people of color.

Both goals were set forward in its annual summary of its Stand for Something Good initiative, a broad set of policies and goals around the quality and sustainability of the chain’s food, restaurants and community involvement, as well as its treatment of employees.

New to the initiative are Shake Shack’s diversity & inclusion targets.

The New York City-based chain of some 311 units worldwide, of which 205 are in the United States, said that women already make up 53% of its workforce, and people of color make up 76%, however only 34.7% of its leaders are people of color and only 23.7% are women.

As part of that diversity initiative, Shake Shack has introduced a training program for entry-level managers last June called Shift Up that’s intended to help them develop the skills and confidence to become senior leaders. The program involves classroom instruction, peer-to-peer networking and on-the-job training in communications, digital literacy, finances, personal life management and leadership. Shake Shack said that 75% of inaugural participants are women and people of color.

The next Shift Up class launches this summer, it said.

In a blog post about the new report, Idris Stover, the chain’s director of diversity, equity and inclusion, said the new initiative continued Shake Shack’s mission since it started as a hot dog stand in Manhattan’s Madison Square Park in 2001.

“At Shake Shack, people are the core of who we are and what we stand for. Our people are central to all our decisions and we actively work to foster an environment of hope, optimism, affirmation and on-going learning,” Stover said. “Since we opened our first Shack, we’ve been on a journey to foster a great place to work for everyone, and we feel strongly that setting new goals will help others when it comes to access, opportunity and advancement, and part of the change needed in our society in the fight for equality and against racism and bias. Having diverse representation across all functions and levels is important to our success and our growth.”

Shake Shack was founded by restaurateur Danny Meyer in an effort to help revitalize Madison Square Park. It gradually expanded and went public in 2015.

The full Stand for Something Good summary can be viewed here.