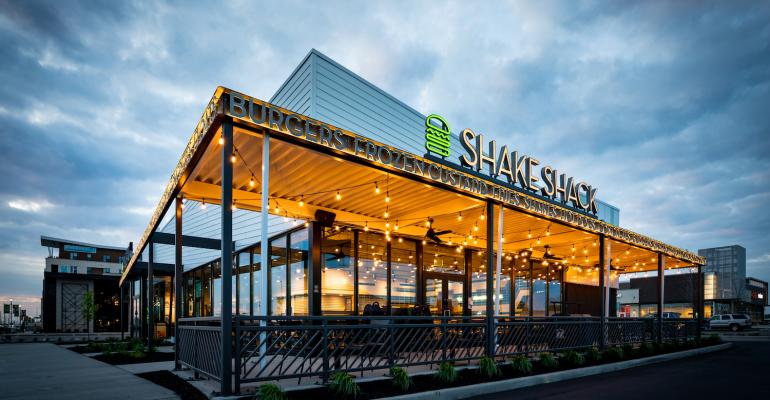 Steph So says omnichannel users can be the best customers

Although restaurant chains love to have guests who are devoted to the restaurant’s own app — and ideally order for pickup rather than delivery — it’s important to meet customers wherever they want you to be and, at least in the case of Shake Shack, omnichannel guests order most frequently.

Also, guests buy more if they order from a kiosk rather than from a person, according to Steph So, who is the head of digital experience for Shake Shack.

“The guest, when they’re not feeling rushed and they see all the options in front of them, we find that they add more items per check and have a higher average order,” So told virtual attendees of the recent CREATE session on “Elevating the Omnichannel Experience.”

She said the New York City-based “fine-casual” chain specializing in burgers, shakes and chicken sandwiches strives to be at customers’ fingertips wherever they are. She said sometimes customers, having had a long day of work, know they want delivery, but they don’t know what, exactly, so they open a delivery app such as DoorDash or Uber Eats. Shake Shack has to be an option there.

“We never view those things as being in conflict,” So said. She and her team just try to put themselves in the customer frame of mind wherever they are, including ordering at a kiosk or a walk-up window, or the chain’s soon-to-open drive-thrus.

She said the chain stayed on-task even at the height of the pandemic, focusing on improving guest frequency and experience scores and getting more people to convert to using the app, including launching delivery on the app in partnership with Uber Eats in March.

Shake Shack also has started to offer “app-sclusive” promotions that allow app users to order items, such as the Black Truffle Burger that’s currently available, a few days before they go on sale to the public as a whole.

To make the guest experience as frictionless as possible, the chain has switched payment service providers and is now using FreedomPay, which allows guests to pay using whatever method is already on their phone. So said that now around 30% of customers use some sort of contactless payment system.

“That’s what the guest is looking for: The convergence of everything onto their phone,” she said.

But Shake Shack also wants to bring its signature hospitality to customers’ phones, and they’ve done that by allowing rating within the app, as well as automatic refunds when something goes wrong. And they’ve rethought how they pack food for delivery, So said. Although they already knew to put shakes and hot food in different bags, they now tape the bags together to make sure they both go to the same person.

“It really has led us to think creatively about how our employee on the inside can be thinking [about] the person who is receiving the order,” she said.

“Shake Shack should be an uplifting experience no matter where you eat the food,” she said.