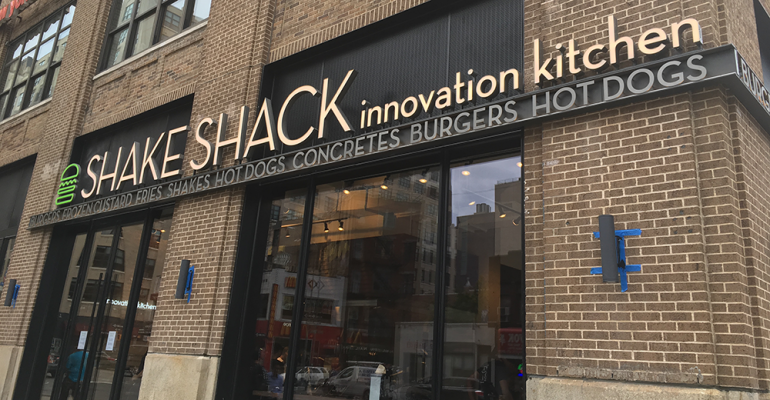 Previously, Karangis spent seven years as executive chef for New York City-based Union Square Events, the catering and events arm of Union Square Hospitality Group, a sister company of Shake Shack. Before that he worked in the kitchens of two other USHG properties, Union Square Cafe and Gramercy Tavern. 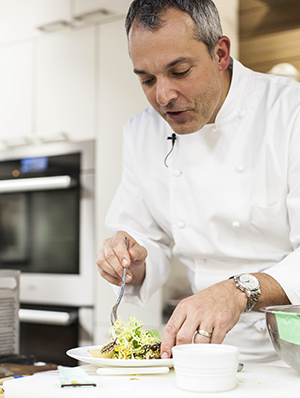 Karangis (left) will oversee culinary innovation at the chain of nearly 200 locations worldwide, and will work alongside the chain’s culinary director, Mark Rosati, “who continues to lead global culinary partnerships and develops localized menus with premier chefs and artisanal producers,” Shake Shack said in a release announcing Karangis’ appointment.

Karangis and Rosati will be based in the chain’s new Innovation Kitchen opened last month at a Shake Shack in Manhattan.

“Shake Shack is more committed than ever to growth, evolution and culinary excellence,” CEO Randy Garutti said in a statement. “With the recent addition of our innovation kitchen, we are acutely focused on further developing a thoughtful and exciting menu for our guests. I couldn’t think of a better chef than John to lead us there. I’ve known John for a long time and his experience and expertise will add tremendous value.”

Karangis said in a statement that he was looking forward to his new position.

“I’m thrilled to join the team at Shake Shack, a beloved culinary institution whose food has won the hearts of so many around the world,” he said. “I look forward to infusing the experience I’ve gained over my career to further innovate and enhance what Shake Shack already does so well.”

For the quarter ended June 27, 2018, Shake Shack recorded same-store sales growth of 1.1 percent and a net income growth of 29.2 percent.