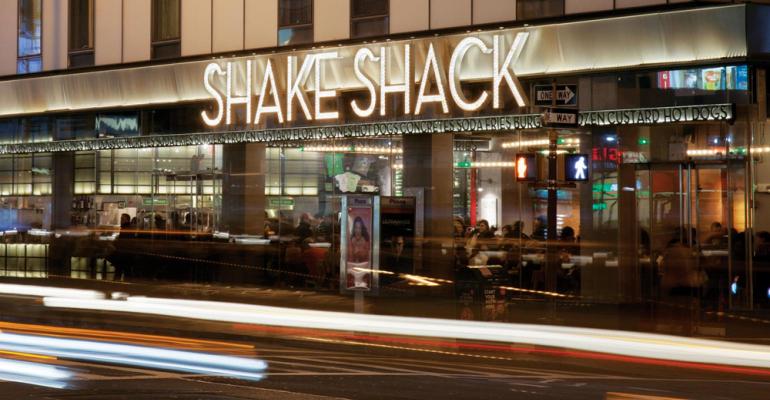 Shake Shack is expanding its four-day work week test, which has become a powerful program for retaining and recruiting store managers.

The New York City-based fast casual chain, whose latest earnings were impacted by the national rollout of delivery with Grubhub, deployed the pilot program last year in its Las Vegas market. It later expanded to restaurants in Los Angeles, Dallas, San Antonio and Detroit. In those markets, managers work 40 hours over four days instead of five days.

Garutti said Monday the test, now in one-third of units, will expand again based on feedback from managers.

"The recruiting possibilities are huge," the CEO said.

Still, Garutti said there’s no plan for a systemwide roll out, just yet.

“This is not something you take lightly or rollout too quickly,” he said. “We are cautious about it. We are excited about it. We’re looking to learn.”

Shake Shack is expanding at a rapid pace, and like many brands, is challenged by a tight labor market and the competition for talent is fierce. Many fast-casual companies are adding new perks to attract and keep employees including offering instant pay, tuition reimbursement and cash bonuses.

On Tuesday, Chipotle Mexican Grill expanded its employee assistance program to include access to mental healthcare and financial wellness benefits.

In the third quarter, Shake Shack opened 17 restaurants systemwide, closing the period with 245 worldwide units. Of those, 168 are domestic locations. For fiscal 2020, Shake Shack said it plans to open 40-to-42 new domestic company operated restaurants.

“There's never been a greater need to invest in recruitment, retention and leadership development,” Garutti said.