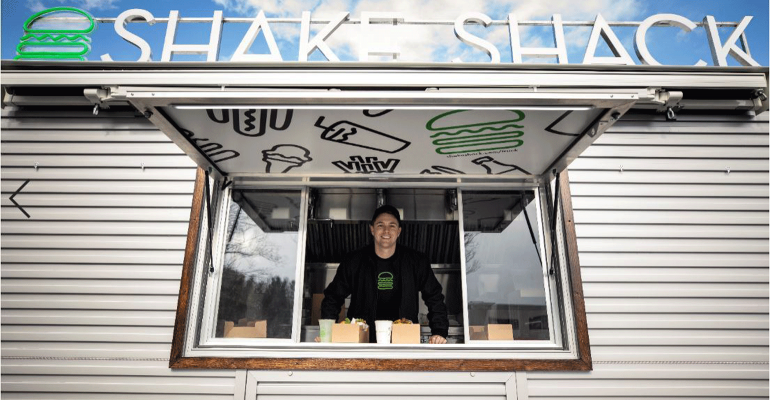 In 2019, focus will be on kiosks and scheduling tools to streamline operations

Construction and labor costs tied to a blitz of 20 new restaurant openings hurt Shake Shack earnings as it closed the final quarter of the year with revenue up nearly 30 percent.

“It costs us money to build these restaurants,” CEO Randy Garutti said.

Specifically, the company opened 17 company stores and three license locations in the final quarter of 2018, including the company's first restaurants in Seattle and a second Shake Shack in Hong Kong. A licensed location also opened at LaGuardia Airport, marking the company's 200th store.

“Labor inflations haven’t stopped yet,” she said. However, she said labor inflation will become “less acute as time goes on.”

The company said in a slide presentation that “opportunities to streamline and optimize labor are a key focus and include kiosks, scheduling tools, kitchen design and process changes.”

Shake Shack is stepping up menu innovation and variety to boost sales and drive visits. 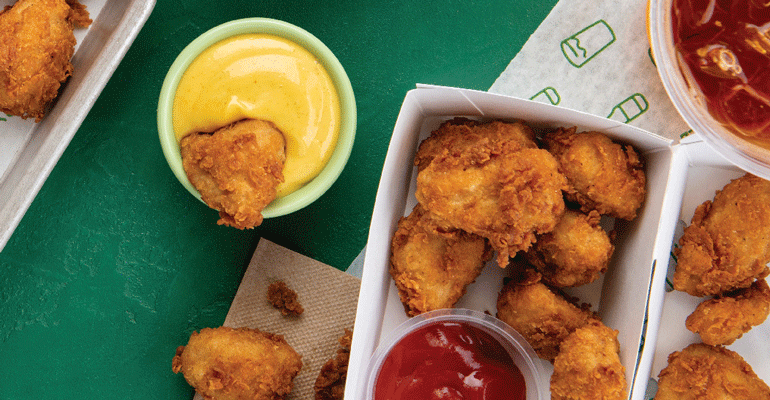 New products are being developed at the chain’s Innovation Kitchen, which launched in September on the lower level of the company’s West Village flagship restaurant in New York. The Innovation Kitchen’s first test item, Chick’n Bites, rolled out nationally in early February. The chicken nugget-style meal features hand-breaded, fried pieces of chicken breast. It comes in 6 or 10 pieces.

Garutti said the chain is expanding its reach through different formats including food courts and now food trucks.

On Monday, the chain launched two Shake Shack mobile trucks, which will serve the tri-state area and Atlanta region for special events with a customizable menu.

Pricing is based on the number of diners and the duration of the event, the chain said. 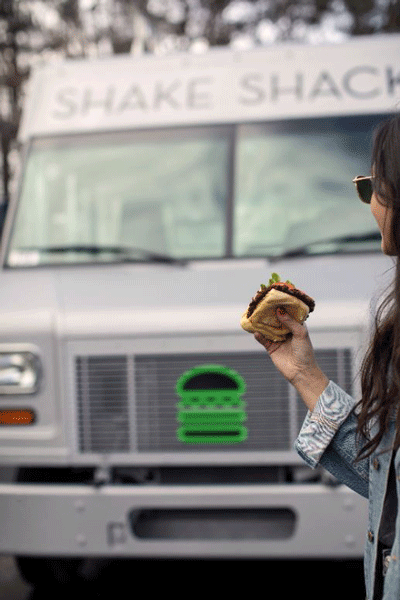 Total revenue for the quarter increased 29.3% to $124.3 million, compared to $96.1 million for the same quarter, last year. The revenue boost was tied to the large number of store openings for the quarter, which included seven units in the last two weeks of the year.

Garutti said robust growth will continue in 2019 for the New York-based fast-casual chain, which turns 15 this summer.  The company plans to open 36 to 40 domestic company restaurants and 16 to 18 licensed stores with an emphasis on expanding in China, Singapore, the Philippines and Mexico.

Same-store sales increased 2.3% for the period, compared to a .8% increase for the same quarter, last year. The increase in the final quarter of the year reversed a third quarter slump, where comparable restaurant sales slipped 0.7 percent.

Garutti said the bounce back from the third quarter was also driven by a successful pilot of delivery and the addition of direct ordering through its website. He said digital channels, which include delivery, continue to increase and have helped to drive same-store sales.

“We’re very happy with the guest demand for delivery,” he said.

The company is testing delivery with multiple third-party vendors, and has not disclosed when it will announce a national rollout.

“We view the rollout of third-party delivery as a potential driver of comp upside should management decide to pull the trigger on a systemwide rollout,” Wedbush analyst Nick Setyan said in a post conference call report.

As the company grows, Garutti said it will continue to partner with local suppliers to differentiate each store. For example, the chain’s first Seattle store, which opened in October, features a specialty burger made with beef sourced from Washington state farms that raise grass-fed, grain finished cows.

“The bigger we get, the smaller we have to act,” Garutti said.