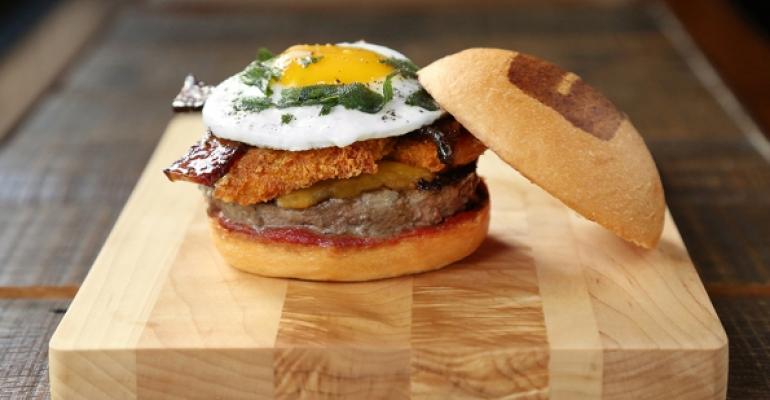 The hospitality group SBE has taken a majority stake in Umami Burger, and plans to accelerate the chain’s growth both in the U.S. and internationally.

SBE, the operator of hotel brands SLS and The Redbury, has been a stakeholder in Los Angeles-based Umami Burger since 2011. SBE initially held an equal stake with Umami Burger founder Adam Fleischman and other partners.

Sam Nazarian, CEO of SBE, said he and his Los Angeles-based company have expanded their ownership of Umami Restaurant Group, and now hold a 78-percent stake in the company. Fleischman remains a shareholder and board member.

“We’re putting our foot on the gas pedal of growth, innovation and design, and, of course, from the culinary perspective,” Nazarian told Nation’s Restaurant News. “We’re evolving into the next stratosphere.”

Umami Restaurant Group will continue to be operated as a separate company, with the group benefiting from synergies with SBE’s growing restaurant portfolio, operated by subsidiary Disruptive Restaurant Group, or DRG, Nazarian said.

SBE’s restaurant brands include Cleo, Katsuya, Doheny Room, and restaurants operated in partnership with chef José Andrés, such as Bazaar, Bazaar Meat and Tres by José Andrés. Many of the restaurants are located in SBE hotel properties, including the recently acquired Morgans Hotel Group.

Nazarian said he aims to open eight to 10 Umami Burger locations every year.

SBE sees opportunity in international growth in particular, in markets where SBE already has operating groups on the ground with its hotels, like the Middle East, the United Kingdom and Europe.

Umami Burger is scheduled to open its first international unit in Japan later this year, in partnership with Japan-based Medeiros Holdings Co. Ltd. Under the licensing deal, Medeiros plans to open 10 Umami Burger restaurants across Japan over the next five years.

Umami Burger is also in the process of rolling out a new menu that gives the concept broader appeal, said Gregg Frazer, the chain’s chief operating officer.

In addition to a core menu of burgers and fries, Umami Burger is adding more shareable plates, like Japanese-style chicken wings, sliders and chicken dishes.

Frazer said Umami Burger pioneered the elevated better-burger trend, but some customers use the restaurant more for special occasions.

The menu changes, scheduled to roll out to all units by the end of October, attempt to focus more on the umami factor of a wider variety of dishes, he said.

The goal is to make Umami Burger more of a place where customers can just hang out, Frazer said.

“They can come for happy hour and have a really nice cocktail or beer, and maybe some wings and fries. They don’t have to have that big burger,” he said.

Some items from Umami Burger’s secret menu, like cheesy tots, have also been made permanent, in part because they travel well, Frazer said.

Umami Burger is testing various delivery options in some markets, and is expected to announce a systemwide program later this year.

Umami Burger restaurants are typically between 2,500 square feet and 3,500 square feet, with an average check of about $23.50. Nazarian said the chain plans to experiment with a larger format, with a bar incorporated into the space.

“We’re looking at leveraging the gamut of all types of experiences,” he said.

“We’re able to compete with the Shake Shacks of the world, and Five Guys and In-N-Out Burger, along with gourmet restaurants like Father’s Office,” Nazarian said. “It’s a dynamic space, and we’re constantly winning.”