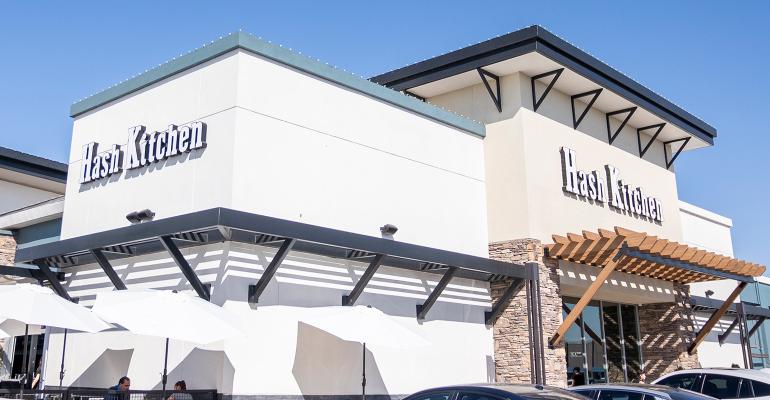 Hash Kitchen was founded in 2015 by chef Joey Maggiore and his wife, Cristina, and partner Flora Tersigni. The menu features breakfast and “boozy brunch” offerings.

In September, Savory invested in the Miami-based fast-casual Pincho concept and now has more than 80 locations, including such concepts as The Crack Shack, Mo’ Bettahs Hawaiian Style Food, R&R BBQ, Swig and Via 313 Pizzeria.

Smith said Hash Kitchen has both the A.M. operating hours and an experiential atmosphere that fits well into Savory’s portfolio.

“You leave saying, ‘That was an experience unlike any other place I've ever been to,’ which is usually what Savory looks for,” Smith said in an interview Tuesday.

Smith said the Hash Kitchen founders would retain a management position within the business.

“We are really excited that Savory has recognized the potential in Hash Kitchen and is going to work side-by-side with our team to bring our unique brand of social dining experiences to a wider audience,” said Joey Maggiore in a statement. “We think Savory is the perfect partner for us, and we can’t wait to implement their proven growth model as we reach beyond our home base to profitably and aggressively expand our footprint to neighboring states.”

Smith said Nevada, Texas and Utah are on the map for potential growth of the Hash Kitchen brand.

He added that competition within the breakfast-brunch-lunch daypart has not become as intense as in some more mature segments.

“It's a segment where you’ve got to hit the right real estate location,” Smith said, but the staffing has advantages.

“We have Texas, Utah and Las Vegas on the map for growth for the brand,” Smith said.

The Savory Fund is continuing to look for investments, he added, in both the casual-dining and fast-casual space.

“We do like the foreign flavors,” he explained. “We're looking in the categories of Asian cuisine, Thai, Indian, but we're also looking for that next Mexican concept that has a little bit of a twist to the traditional Mexican.”

The Savory Fund, which has raised $200 million for restaurant investments, is managed by Smith and Greg Warnock of Mercato Partners.