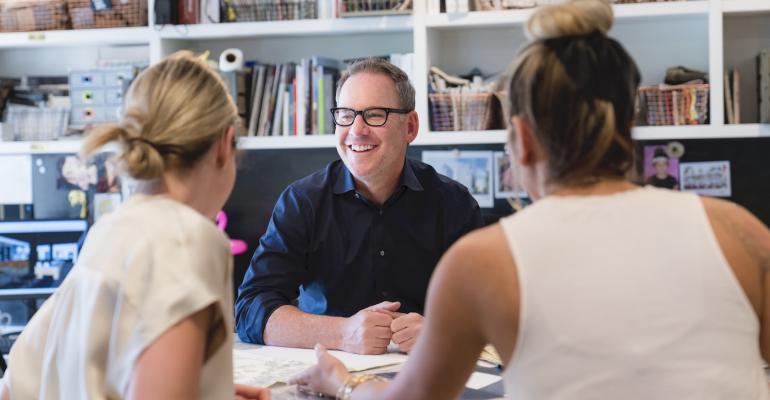 To-go-only concept tapped into team’s creativity with and learnings from other concepts, founder says

With the debut next week of a new takeout-only concept, Fly Bye To Go, and the first planned to-go-only Flower Child, Fox Restaurant Concepts is relying on its classic “circle of learning” development process, founder Sam Fox says.

Fox, who built Phoenix-based Fox Restaurant Concepts and sold it last year to The Cheesecake Factory Inc., plans to open the first Fly Bye To Go on Dec. 9 in Phoenix, and the Flower Child offshoot in 2021 in Tempe, Ariz.

The new identity was Fly Bye.

“We had some additional space in one of our buildings that we had Culinary Dropout in,” Fox said.

The cheese fondue served as a dipping sauce for Culinary Dropout’s pretzels, the No. 1 selling item at that concept, serves as one of the sauce options at Fly Bye, he added.

Borrowing from the other Fox Restaurant Concepts is part of how the company, now a division of Calabasas Hills, Calif.-based Cheesecake Factory, develops ideas, Fox said. Fox brands include Blanco, The Henry, Olive & Ivy and Wildflower, among others. North Italia is operated out of the Cheesecake Factory corporate offices.

“That really goes to how our organization is really built,” he said. “We have this ‘circle of learning,’ where everyone within all of our brands learns from each other. With that, we always borrow, or learn or educate ourselves on the history of things that we’ve done.”

As the group develops brands, Fox said the creative group can pick up on ideas that work within the other concepts, its food costs and, especially more recently during the coronavirus pandemic, the how well menu items travel.

“The old stuff helps the new stuff stay relevant,” he said. “And you are forced to go back and continually evolve to make some of the old stuff better.”

Fly Bye is about 1,200 square feet, and its menu will be offered exclusively through DoorDash as well as through the group’s Olo platform.

“Believe it or not, we’re also letting people call in and taking your order on the phone as well,” Fox said with a laugh, adding that the corporate team finally remembered to get a landline phone number well into the development process.

Fly Bye orders will be delivered to cars parked in spaces alongside the existing Culinary Dropout.

Fox said the new to-go-only Flower Child that will open next year in Tempe, Ariz., also picks up on the group’s learnings.

“If it’s successful, which we think it will be, we do have the capacity to add some seats there,” Fox said. “This will be the first Flower Child where you will be able to walk in and order at a kiosk as well.”

The new technology should reduce the number of employees required to staff the unit, at least initially, Fox said.

“At the end of the day, we believe we are in the hospitality business and that people want to be interacted with,” he said. “Obviously in the world were in today, there’s a pause in that. But in the long, I believe people will want to have hospitality and interact with people.”

Fox said the new Flower Child, which will be the latest among 26 fast-casual restaurnts in 11 states, will test some new ideas from which the team can learn.

“It’s all an evolving process,” he said. “But hospitality is who we are. That’s in our DNA.”