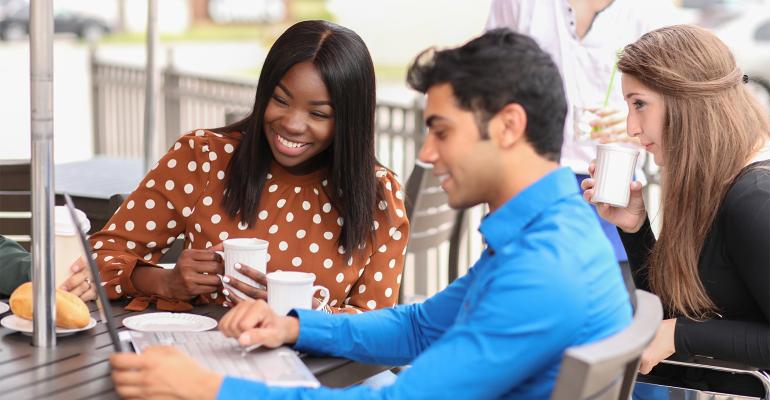 fstop123/iStock/Getty Images Plus
A drop in gas prices combined with a more positive short-term outlook for income, business, and the labor market were all contributing factors.
News>Fast Casual

Growth is likely due to an increase in consumer confidence, Black Box Intelligence reports

How did the restaurant industry perform in August 2022? Restaurant sales and traffic growth rebounded last month thanks in large part to an increase in consumer confidence. The Consumer Confidence Index reported an uptick in August, following three consecutive monthly declines. A drop in gas prices combined with a more positive short-term outlook for income, business, and the labor market were all contributing factors. The improvement in confidence may also support overall spending habits in the near future. However, confidence will be offset by additional rate hikes and inflation (even with easing).

All growth numbers are year-over-year unless specified. Best and worst performing region, segment and cuisine is based on same-store sales growth.

Related: Widespread slowdown of sales and traffic growth continues for all restaurant segments

Restaurant same-store sales growth was +5.3% for August — the strongest same-store sales growth since March and a significant increase of 4.6 percentage points over July 2022’s growth rate. Black Box Intelligence has been reporting a consistent decline in same-store sales growth, culminating in July with sales only growing by +0.7% — the lowest in over a year. To further put this month’s rebound into context, March 2022 posted stronger year-over-year sales and traffic growth numbers because the industry was still lapping over months that were impacted by the pandemic.

Same-store traffic growth for the restaurant industry was -1.9% in August. Although this represents a strong 3.2 percentage point rebound from July’s numbers, the sobering fact remains that it is the sixth consecutive month of year-over-year declines in guest count. This month’s strong sales numbers and weak guest counts demonstrate exactly what happens when larger check growth (due to large price increases that passed onto consumers) is the primary reason for higher sales.

August’s upturn in sales was widespread throughout the industry, with all segments experiencing an improvement in year-over-year same-store sales growth. Reporting the biggest acceleration in sales were the full-service segments. The segment with the largest growth was fine-dining, followed by upscale casual, and then casual dining.

Off-premises dining may play a bigger role, but reviews paint a complex picture

Black Box Guest Intelligence data confirms that customers opt for off-premises options, including take-out and delivery, more now than they did prior to the pandemic. This trend in off-premises dining almost certainly ballooned as a reaction to the COVID-19 lockdown, but is now established and should be considered a commonplace option for customers and a revenue center for the operational side of the business.

Other factors contributing to negative sentiment can be found in the words guests choose to use in their reviews. “Cold” was a frequently mentioned term and a major clue to the factors eroding off-premises sentiment. Black Box Guest Intelligence found “cold” in 8% percent of mentions for full-service off-premises business. The mention of “cold” in reviews of off-premises orders resulted in a drop in average star ratings. On-premises frequency of the word “cold” was more reasonable at 3% percent.

Words relating to time such as “wait” were mentioned in 25% of full-service off-premises reviews and “minutes” was mentioned in 19% of them. The percentage of on-premises reviews that included these terms was considerably lower. When segmented into delivery, curbside pick-up, and takeout, the data is clear — and actionable. Reviews mention “wait” and “minutes” much less frequently for delivery orders. For full-service, “wait” was mentioned 26% of the time for takeout orders, 32% for curbside pick-up, but only 19% for delivery.

Reviews in the limited-service segment followed the same pattern as full-service — albeit more moderate.

One interesting, but counterintuitive finding in the sentiment data this month: Although actual wait times were longer for delivery, customers appear to have more patience. The explanation lies in guest expectations. When it comes to delivery, guests are primed to expect a wait time and are not required to manage their own travel time for takeout/pick-up. When ordering takeout, for example, customers expect the order to be ready upon arrival. Restaurants that can better manage expectations and execute on them are likely to see their off-premises reviews improve.

Recent data from Black Box Workforce Intelligence revealed restaurants are still operating at lower staffing levels than they were in 2019 before the pandemic. As of July, the typical restaurant location within a Limited-Service chain was, on average, operated with one less non-management employee compared to the norm back in 2019. There is some seasonality associated with these staffing levels, but in general, the gap has remained relatively constant in recent months.

In the case of full-service restaurants, the gap was even wider. On average, each restaurant was operated by four fewer front-of-house, non-management employees. Meanwhile, the gap within back-of-house staff remains a little over one employee on average.

But are these declines in staffing intentional, due to labor market conditions, or a response to the increase in off-premises dining? In other words, are staffing levels below average because restaurant operators are adjusting their employee levels? Or something else? Some of the gaps may be attributed to such adjustments, but a recent survey by Black Box Intelligence revealed the vast majority of restaurants are not able to achieve their ideal staffing levels.

According to the Black Box Intelligence 2022 Total Rewards Survey, only 5% of restaurant companies declared being fully staffed for restaurant hourly front-of-house employees during the first 6 months of the year. The percentage that said they were somewhat understaffed was 73%, while a significant 23% stated they were constantly “very understaffed” for these positions during the same period.

For hourly back-of-house employees, staffing appears to be even more of a challenge. Although 10% of companies said they were “regularly fully staffed” during the first six months of 2022, one in three restaurant companies (33%) said they were constantly very understaffed for critical operations positions. 56% declared being somewhat understaffed. Based on this data, it is not surprising to find that wait times and mentions of “minutes” are common complaints found in online restaurant reviews.

Understanding the Out of the Box Insights