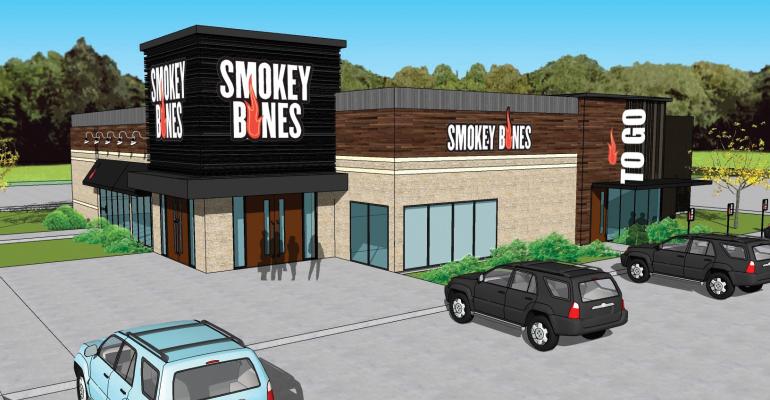 Smaller footprints, flexible approach have been key to navigating the challenging market

Restaurant operators are rethinking their real estate strategies in a challenging market, where top sites are in short supply and costs are rising for both new construction and leased locations.

Some operators that have long focused on building sites from the ground up have shifted instead to a strategy centered on acquiring closed locations and remodeling them to accommodate their own concepts. Others have been taking a closer look at nontraditional locations, such as travel plazas and hotels, or at other sites they might not have considered just a few years ago.

Many operators are also taking consumers’ ongoing interest in off-premises dining into account in their site selection, as they downsize their dining rooms and boost their takeout options with more drive-thru and pickup windows.

Landlords are seeking to pass along their construction cost increases in the form of higher rents for operators who lease their sites. In some cases, landlords that had previously increased rents by about 10% every five years or so are pushing for bigger hikes because inflation is driving up their costs at a faster rate, Orkin said.

“They don't want to lock themselves into those typical increases, because they say they're basically losing value in their center, because inflation is going up faster than that and they'd never catch up,” he said.

Operators are likewise facing cost increases on multiple fronts, including not only their own construction expenses but also the amount they are paying for labor, food and other supplies. As a result, landlords and their restaurant tenants are clashing over how they can maintain their profit margins. 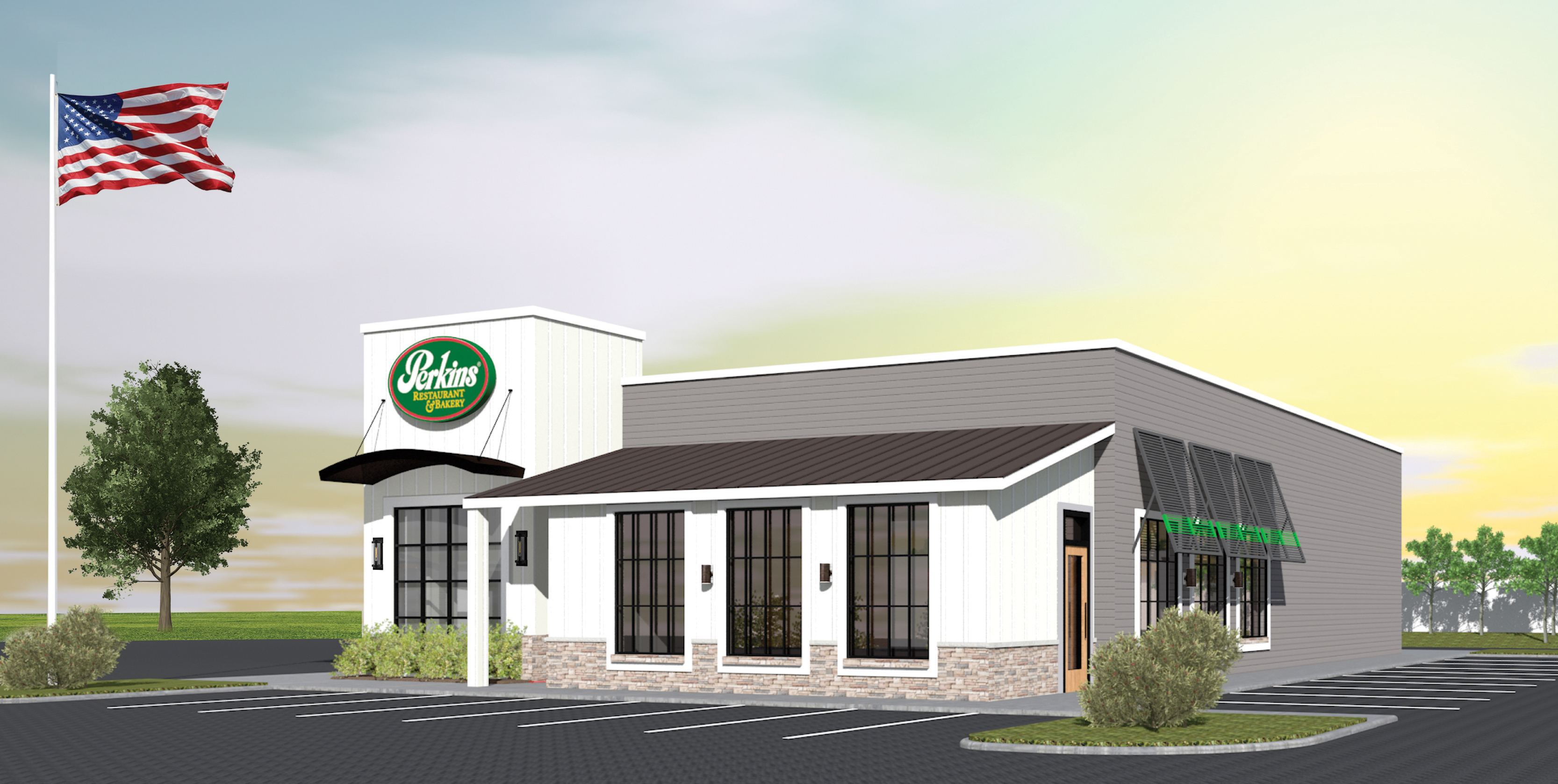 Perkins’ parent company Ascent is taking advantage of smaller prototypes and nontraditional locations, such as in hotels.

The company, which has historically acquired sites and built its restaurants from the ground up, is also looking at sites in locations such as travel centers and hotels, as it seeks to add both corporate and franchised units.

Its new prototypes are smaller, which expands the range of sites that the company can look at for opening new units, Ortiz said. The new Perkins prototype, for example, measures around 4,500-4,600 square feet, compared with a previous design measuring 5,800 square feet. The new Huddle House is also slightly more compact.

In addition, the company has become a bit more flexible in terms of the sites it is willing to consider, he said.

“For instance, we are doing a site in Mississippi that has multiple competitors nearby,” he said. “Normally, we don’t like to have more than one competitor … but now, with real estate being at this ridiculous level where you have to buy it right when you see it, we are bending a little.”

He emphasized, however, that all sites still undergo a rigorous review process.

“Our job is to reduce the risk as much as possible, and real estate is the biggest risk out there,” he said.

The company is working with TravelCenters of America to possibly expand into some of their existing travel center locations, Ortiz said.

A Perkins franchisee, meanwhile, is preparing to open a Perkins in a hotel in Cincinnati.

At a time when traditional sites are hard to come by, such nontraditional venues seem to be a viable alternative, Ortiz said.

Meanwhile, Ascent is also building new locations with dedicated pickup windows to accommodate off-premises dining, as the company augments its offerings with three new virtual restaurant brands: its own Papa Carazón’s Quesadillas, the global MrBeast Burger concept, and a third brand that has yet to be disclosed.

In some markets, such as Florida and Georgia, prime sites for casual dining restaurants like Smokey Bones are few and far between, he said, and the competition for landing them is fierce.

“There's not a lot of new projects being built right now,” said Stewart. “They're in the works, and I think they're coming, but everybody hit the pause button for a year-and-a-half or two during COVID.”

Several of Smokey Bones’ recent openings have been remodels of other casual dining restaurants, he said, including T.G.I. Friday’s and IHOP.

Smokey Bones’ new store design, which was in the works before COVID, includes a smaller dining room and a dedicated space for takeout orders to accommodate demand for off-premises dining. Locations are now being built around 6,500 square feet, down from 7,500-8,000 square feet before the pandemic, he said. The company looks for sites with high traffic counts that are clustered with major retailers such as Walmart or Target.

Stewart said he seeks the best possible location in each trade area, and if he can’t get it, he looks to other areas. He said the tight real estate market has led the company to “think outside the box” somewhat when it comes to locations, including looking at in-line (non-endcap) sites. 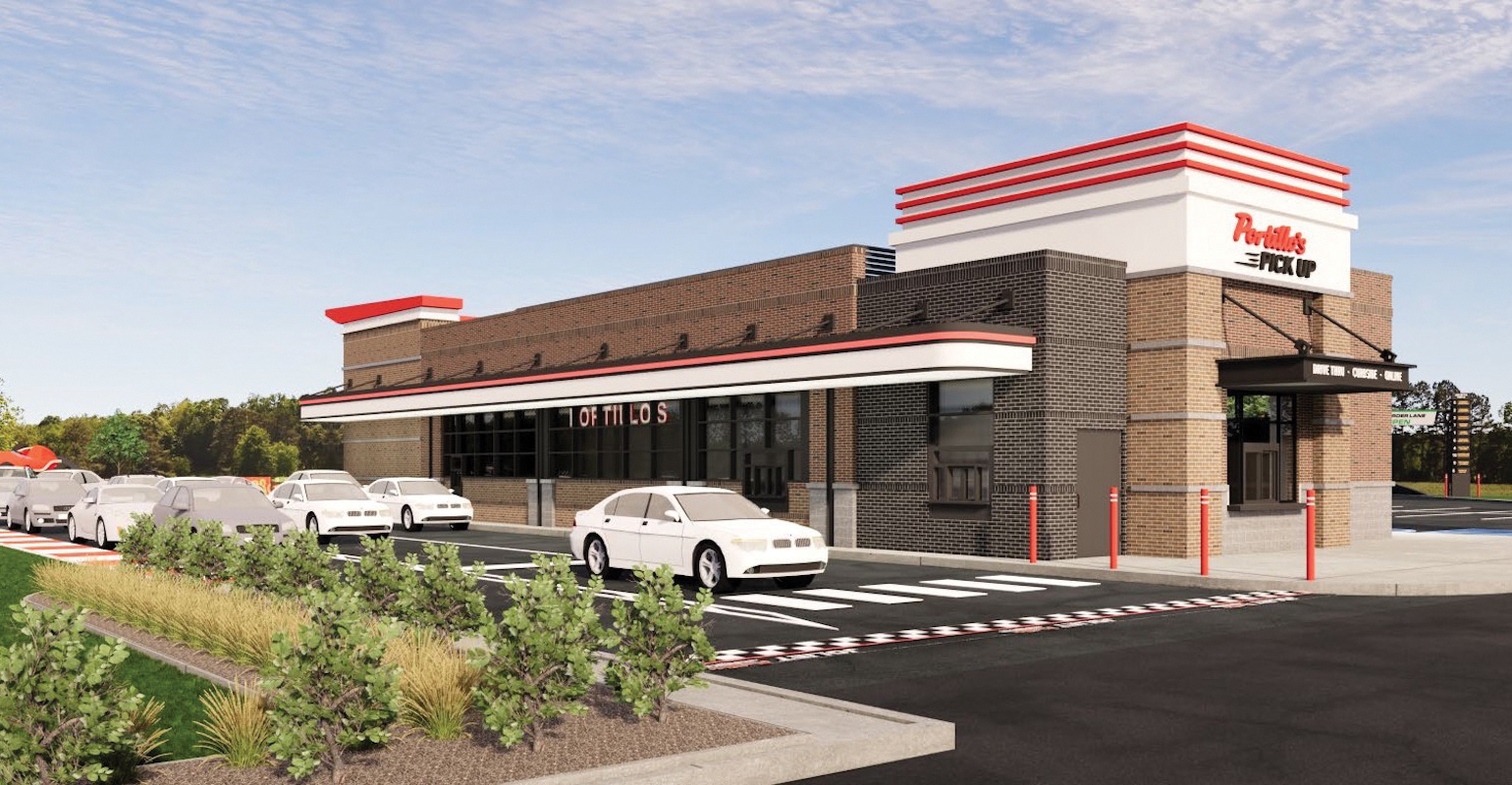 Quick-service hot dog specialist Portillo’s has been able to expand in locations where restaurants and retailers had abandoned sites they had been pursuing during the pandemic, said Randy Guse, VP of real estate at the Oak Brook, Ill.-based chain.

“These strategies have allowed us to grow our real estate pipeline at a time when we are seeing fewer new retail projects being developed,” he said.

Portillo’s, which is expanding in the Upper Midwest as well as in the Sun Belt, with its first Texas location set to open later this year, typically seeks sites in suburban markets with a large regional draw. It also looks for sites that can accommodate its drive-thru model.

“With our robust drive-thru business, access is one of the most important site attributes,” Guse said.

Portillo’s opened its first Portillo’s Pickup location in Joliet, Ill., earlier this year, featuring a three-lane drive-thru, instead of two lanes, and no indoor dining room. The third lane is dedicated to digital order pickup for customers who order through Portillo’s app or website.

“For each new site we consider, we now evaluate the off-premises potential based on our experience in other locations,” said Guse. “We look at off-premises sales drivers such as offices, hotels, universities and residential developments.”

For example, the company recently chose a site within delivery distance of a large university, instead of another site that would have been too far away to deliver from.

The company, which operates more than 60 locations, plans to grow its unit count by 10% annually, Guse said, and it believes it can eventually reach 600 locations nationwide.

Krystal has also scaled down its prototype to fit in more locations, including urban sites, and to reflect the ongoing emphasis on off-premises dining. While its previous prototype measured 2,700 square feet, its new prototypes measure either 1,200 or 1,700 square feet, said Casey Terrell, chief marketing officer at the Dunwoody, Ga.-based burger chain.

The brand’s drive-thru business, which had already accounted for 75% of sales before the pandemic, has remained above 80%. This trend is reflected in the focus on drive-thru and pickup in the new prototypes, which reduced dining room size, he said.

The flexibility in design should help as the company prepares to expand into new markets, including the Northeast and Puerto Rico, Terrell said.

“It gives us more options,” he said. “With a smaller footprint, we can go into urban centers, rather than just fitting on an outparcel on a pad.”