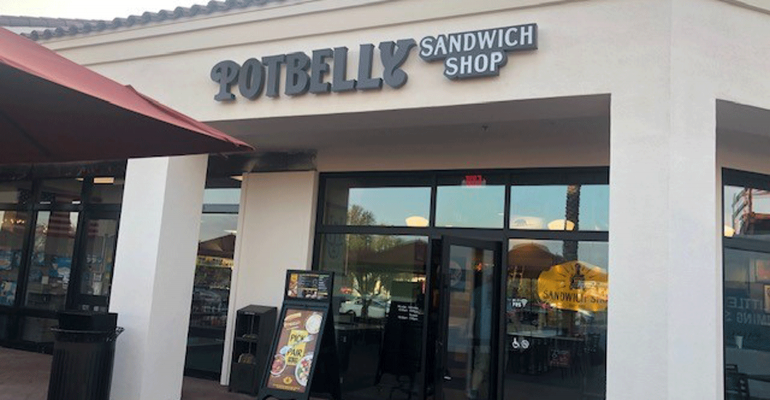 Potbelly Corp. is poised to more than double its franchise locations over the next five years as the sandwich chain looks to expand in new territories such as California where the brand recently opened its first restaurant.

“We're excited to plant the flag and start our expansion in that part of the world,” Jeff Welch, senior vice president of development, told Nation’s Restaurant News in a phone interview this week.

Last week, Potbelly’s newest franchisee, Sameer Bhatia, opened the company’s first store in California, a state the company has wanted to conquer since 2015. Plans got stalled as the Chicago-based chain has, instead, focused on improving operations and menu innovation under Alan Johnson, who was named CEO in late 2017.

Welch and Peter Ortiz, vice president of franchise development, said the California store is one of four Bhatia is expected to open in Orange County, Calif. over the next four years.

The company, which closed eight underperforming restaurants during the first quarter, has about 481 systemwide units. Of those, 50 are franchise locations.

That number is expected to double in the next five years as the company looks for experienced multi-unit operators to open in states where the brand has little to no presence including California, Alabama, Georgia, Florida, Colorado, Arizona and Washington state.

To date, Potbelly has signed agreements with franchisees who are expected to open 23 units in two different parts of the U.S. The company is also in “contract” talks with other potential operators willing to open another 40 restaurants, Welch said. 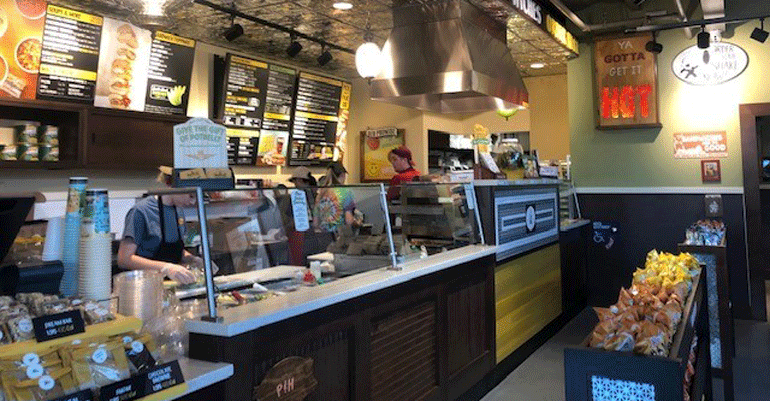 This would more than double the company’s franchise units over the next five years.

“We're not stopping there,” Welch said, referring to the company’s growth plans.

Welch, a 30-year veteran who came Potbelly in June 2018, said Potbelly also plans to grow company-operated stores in “under penetrated” regions such as Chicago, Milwaukee and Washington D.C.

He said Potbelly’s priority is “to get the right franchisees with the right experience and the right financial capability.”

While Potbelly is willing to sell a company store to a potential new franchisee, Welch said the chain is not interested in refranchising.

When some of these new restaurants open in the next couple of years, they will likely adopt the brand’s new Shop of the Future prototype. Johnson mentioned the new prototype briefly during last week’s first quarter earnings call. 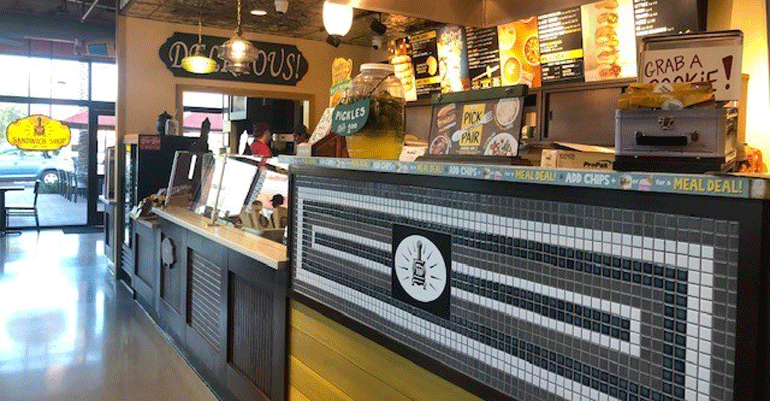 Welch offered NRN a few exclusive details about the new format, which will cost 25% less to build compared to the current model.

The new format, the first brand refresh in 20 years, will be a top to bottom makeover based on consumer feedback.

Everything from the bathrooms to the ordering queue to back of the house layout will modernized to improve speed of service and increase transparency. For example, a layout change includes lowering the glass that separates customers from the employee assembling food.

The new glass, which will have a sneeze guard, will allow customers to have a better look at the sandwich making process, Welch said.

The ordering line will also be redesigned and include easier to navigate menu boards. The store layout will include design features that cater to the company’s growing off-premise business, though Welch declined to elaborate on specifics.

Rest assured, he said “every aspect of the customer’s journey” will be impacted.

Two Chicago are stores, one urban and one suburban location, will be the first stores to adopt the new look. They will be gutted and completed retrofitted with the new look by end of August or early September.

“We'll be able to look at the impact that that new design has on customer experience and on sales,” Welch said. “If it needs any tweaking after that, we'll do some more tweaking and then we'll roll it out to all of our new shops.”