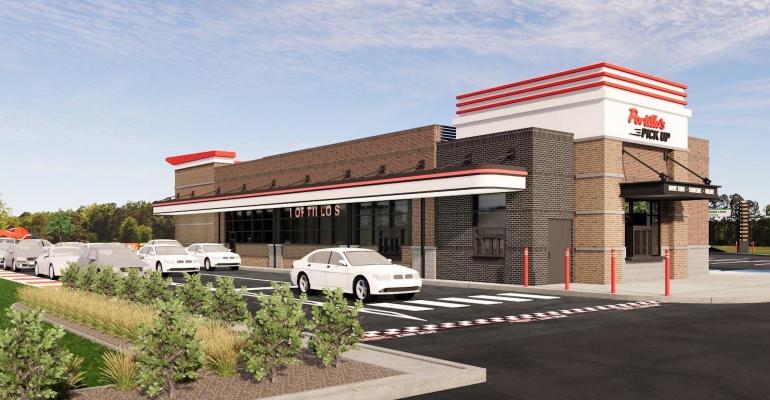 The Oak Brook, Ill.-based company, when had its initial public offering in October, has seen a few delays in development, mostly because of local permitting, Michael Osanloo, Portillo’s CEO and president, told analysts after the company released its earnings for the second quarter ended June 26.

Portillo’s opened two new restaurants — one in Joliet, Ill., and another in St. Petersburg, Fla. — in the first two quarters, bringing its unit count to 71.

“We have shovels in the ground in Schererville, Ind., and at The Grandscape development in The Colony, the site of our highly anticipated first restaurant in Texas,” Osanloo said. “We're also starting construction on three more sites.” Those include West Kissimmee, Fla., and Gilbert and Tucson, Ariz.

“All five of these restaurants will be open by the end of the year,” he said.

Permitting by local authorities remains the biggest hurdle to staying on schedule, Osanloo added, but that is causing delays more of weeks than months.

“It's not like any of our restaurants are in jeopardy of not opening this year,” he added. The company has bought equipment, such as heating, ventilation and air-conditioning, for its 2023 planned openings, he said, adding that the company is trying to take as much risk out of delays as possible.

“The permitting process has just taken longer than any historical norms,” he said, “and so for ‘23 we have been budgeting significantly more time for permitting.  The construction process, we feel really good about it. And we can get that done in an appropriate amount of time.”

However, Portillo’s is doubling the amount of time expected for the permitting process, Osanloo said.

Michelle Hook, Portillo’s chief financial officer, said Portillo’s cost of goods sold, excluding depreciation and amortization, as a percentage of revenues increased to 34.4% in the second quarter from 30% in the prior-year period.

“This increase was largely driven by 15.2% average increase across all commodities,” Hook said. “We saw higher impacts in pork chicken and beef.”

Portillo’s took a price increase of about 6.8% in the second quarter to offset higher costs, she said.

“We will continue to monitor the existing environment and remain flexible and strategic in our pricing approach moving forward,” she said.

As of Aug. 4, Portillo’s had 71 restaurants in nine states.