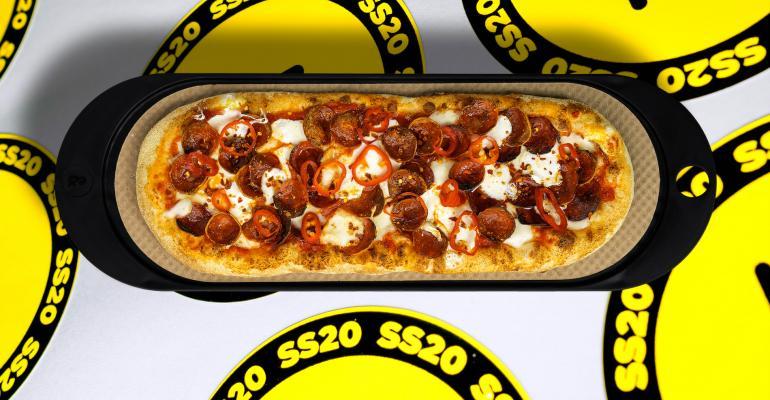 Workers will get paid time off; Washington D.C.-based chain encourages restaurant peers to establish Election Day as a private holiday

Additionally, the 40-unit pizza chain plans to lead a movement among its limited-service peers to establish a private holiday amongst the industry and allow their workers the opportunity to cast their votes, the company said in a statement.

The company employs more than 700 employees; it is unclear how many of them are eligible to vote.

“We want to make sure they have our support alongside the necessary resources to enact the change they want to see in the 2020 election,” Michael Lastoria, CEO and co-founder, said in a statement. “Our democracy has been pushed to its limits, and we want to empower and educate our workforce to assert their voice at the polls. With the industry's help, we can provide a much larger opportunity to do what's right, and what's needed in this country for this election and moving forward.”

Giving time off to vote isn’t new for the emerging brand. In 2016 and 2018, the chain gave paid time off, or PTO, to employees who wanted to vote. However, this is the first time the chain has opted to close all locations on any Election Day.

The company said juggling multiple employee requests for paid time off during past elections was getting too complicated.

“&Pizza is determined to make as frictionless an experience as possible by removing work-related impediments and closing shop operations for the day,” the company said.

Given the recent “voting difficulties”  the brand has seen in certain states hosting elections during the pandemic, &pizza also thought closing and giving paid PTO would be make it easier for people to vote, a spokesperson said.

“The restaurant industry employs 10% of the American workforce, and that 10% should not have to choose between receiving a paycheck and casting a ballot,” the spokesperson said. “That's why &pizza will be closing shops in totality, to remove all work-related impediments and allow the &pizza community to vote without worry.”

The company said the paid time off on Election Day is an additional benefit, on top of the existing three days of PTO offered for employees “to participate in activism of their choosing.”

“Voting is a celebration not a chore, and &pizza remains dedicated to providing the most for their employees while participating in the greater good,” the company said.

Lastoria, a 2020 NRN Power List recipient, started &pizza in 2012. Since then,  he’s built the brand as a progressive, anti-establishment company that makes its own rules and bring new solutions to old problems.

Update: This story has been edited to include more information from &pizza.