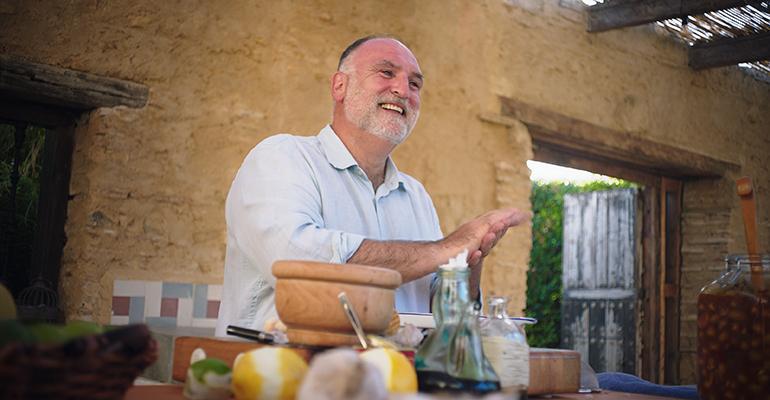 As part of the collaboration, the fast-casual chain plans to donate a day’s worth of meals to a local Washington D.C. non-profit

For every full-sized sandwich purchased at the chain from Monday through March 31, the fast-casual Panera Bread will donate $1 to World Central Kitchen — up to $100,000.

“I am grateful to have support from Panera Bread as World Central Kitchen works nationwide to feed those that are hungry,” said Andrés in a statement. “One plate at a time, one sandwich at a time, we can improve and change the world.”

World Central Kitchen has long been known for mobilizing chefs and restaurant operators to feed those in need following natural disasters. During COVID, the organization served as a lifeline for restaurants that were shuttered by restrictions. Many turned to feeding their communities as the ranks of the unemployed reached new heights.

The U.S. Department of Agriculture (USDA) differentiates between hunger and food insecurity to illustrate the seriousness of the problem stating, “Hunger refers to a personal, physical sensation of discomfort, while food insecurity refers to a lack of available financial resources for food at the household level.”

According to the USDA, 1 in 9 Americans suffer from food insecurity as recently as 2018 but those numbers have undoubtedly gone up due to the pandemic. This year, Andrés’ hometown of Washington D.C. saw a rise in food insecurity among its community from 10.6% pre-COVID to more than 16% in 2021 and was named the second-most food-insecure city in the United States.

“Joining forces with a great chef and humanitarian like José Andrés has been inspiring — we had an amazing conversation about the importance of access to fresh, quality food and ingredients,” said Claes Petersson, Panera’s chief food innovation officer, in a statement. “Panera partners with more than 3,500 local food banks and pantries annually because we believe everyone deserves access to good food. Now more than ever, it’s important to give back and ensure those in need have access to freshly made meals — we hope that guests join our efforts in the fight against hunger.”

Panera also donated a day’s worth of fresh meals on March 23 to D.C.-based Martha’s Table, a nonprofit that fights for food justice and community engagement.

Additionally, Panera released a video as part of their series, “Food Interrupted,” which began two years ago as a deep dive into food issues with celebrities and chefs, including an episode on grains with Chef Marcus Samuelsson, eggs with Hannah Hart , YouTube and Food Network personality, and eating clean with actor Rainn Wilson.

This new episode is called “Hunger Interrupted” and will be the first video added to the series since late 2018. The YouTube video was made in collaboration with Andrés to explain the importance of food insecurity and the fast-casual chains fight to end world hunger. The video explains both what food insecurity is and how people can fight it.