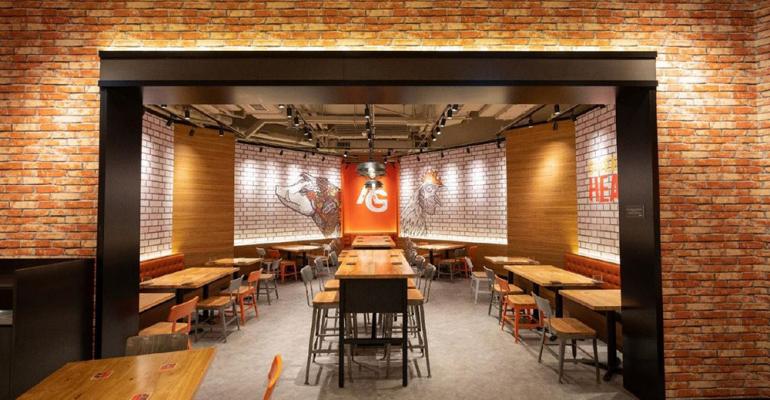 Bloomin’ Brands Inc. has opened a two-story Aussie Grill in Hong Kong that features such a coffee counter, a grab-and-go area and kiosks for ordering, the company said Monday.

Tampa, Fla.-based Bloomin’ opened its first domestic drive-thru, stand-alone Aussie Grill in Lutz, Fla., in May 2020. The company now has units of the Outback Steakhouse offshoot, with three in the United States, two in Hong Kong and three in Saudi Arabia.

A spokesperson said the new Hong Kong restaurant covers 3,995 square feet over two floors. It has a capacity of 120 seats.

“The restaurant is centered in a prestigious business/shopping district,” a Bloomin’ spokesperson said. “It includes a coffee counter, grab-n-go counter and ordering kiosk [and] extreme high ceilings that create a ‘grand’ impression.”

A fourth Saudi Arabia location of the concept is scheduled to open in the fall and a fourth Tampa Bay location is set for early spring, the company said.

Bloomin’ Brands is scheduled to release fourth-quarter earnings Feb. 18 before the market opens.

Bloomin’ has more than 1,450 restaurants in 47 states, Puerto Rico, Guam and 20 other countries.