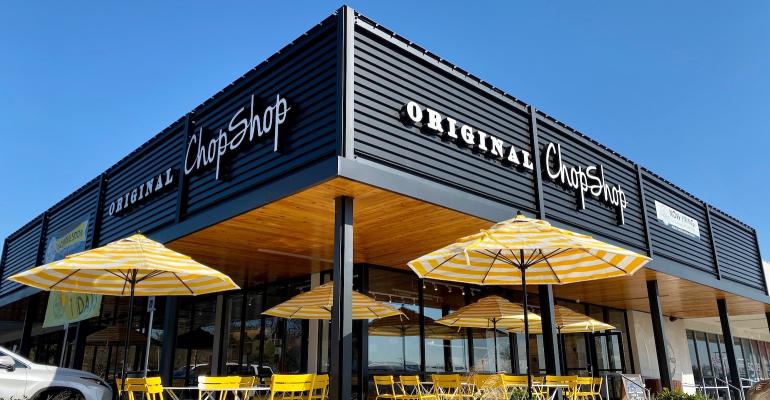 The Original ChopShop LLC has its eye on growth after spinning off its sister Bellagreen concept last week to Ampex Brands, the CEO said Monday. 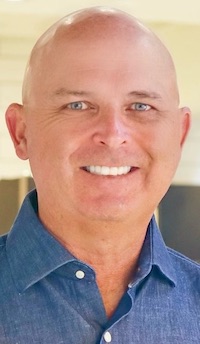 Jason Morgan, left, CEO of Plano, Texas-based Original ChopShop LLC, said in an interview Monday that the 17-unit brand plans to open in the new market of Atlanta by the end of the year, expanding beyond its founding home of Scottsdale, Ariz., as well as Houston and Dallas.

Related: A look inside Original ChopShop

“We wanted to have the team singularly focused on one brand,” Morgan said of strategy to exit out of the Bellagreen brand.

Morgan said ChopShop plans to open six restaurants between now and March 2023, with the new market of Atlanta expected to open in the fourth quarter. Original ChopShop offers a menu of, bowls, salads, sandwiches, juices, protein shakes and breakfast items made from ingredients chopped daily in the restaurants..

The first ChopShop opened in 2013 in Scottsdale, and Morgan’s investment group bought it in 2016, focusing first on information technology.

“We immediately spent the next year and a half putting in IT technology so that we would be scalable,” said Morgan, who previously worked with Zoe’s Kitchen, which was bought by Cava Group Inc. in 2018.

“We've got top-notch technology in place,” he said. “It's better actually than what I had in a publicly traded company prior to this.” ChopShop has rolled out loyalty through Paytronix. Morgan said, and more than 35% of sales have a loyalty number attached.

About 50% of ChopShop’s sales are driven digitally, with about half coming directly through the loyalty app and half through third-party platforms.

Since 2016, ChopShop has also increased its average unit volumes to $2.5 million with five dayparts, including breakfast, lunch, dinner, snacks and catering and no alcohol sales.

ChopShop’s typical footprint is about 2,800 square feet with 70 seats on the inside and about 25 seats on a patio. Morgan said the brand typically seeks end-cap locations.

In September, Morgan said, ChopShop will introduced a refresh of its salads, which make up about 12% of the menu mix.

“We recently just rolled out catering rewards, which has been a big win for us,” he added. “We generate about 8% of our sales from catering and so we put a program in place that allows folks who cater with us to earn back a reward paid to them in a gift card once a quarter.”

Morgan added that in the past 12 months ChopShop has made investments in its employee compensation, especially for general managers.

“We've gotten our total GM compensation north of $100,000 a year,” Morgan explained. “We've added a 401k with a company match up to 4%. We've added career pathing for our team that shows them how they get from one position to the next.”

That has helped tenure, he added, which has grown to about two years on average.

“We feel like that's a pretty impressive number,” Morgan said. “They're staying with us.”