He starts Nov. 30, replacing Ken Kuick, who left the company in August to pursue other interests.

“The strength of our leadership team is one of our greatest assets at Noodles, and the addition of Carl to our executive team will undoubtedly further strengthen Noodles & Company,” CEO Dave Boennighausen said in a statement. “Carl will be instrumental in advancing our financial roadmap and leading Noodles to realize its vast potential.” 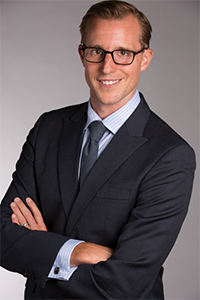 Lukach, left, spent four years  at Equinox, where he was vice president of finance. Before that, he worked at Abercrombie & Fitch and spent over a decade in investment banking at Credit Suisse.

He said he’s thrilled to join the Broomfield, Colo.-based fast-casual chain, which has more than 450 restaurants.

“This is a brand that puts guests and community first, and with a strong strategy and omnichannel consumer approach, the potential for growth and value creation is tremendous,” he said in a statement.

“Noodles & Company is uniquely positioned to win in the current consumer environment, and now with the Carl and Kathy’s leadership on our finance team, I am more confident than ever that Noodles will be able to accelerate growth and build shareholder value,” Boennighausen said in prepared remarks about the leadership changes.