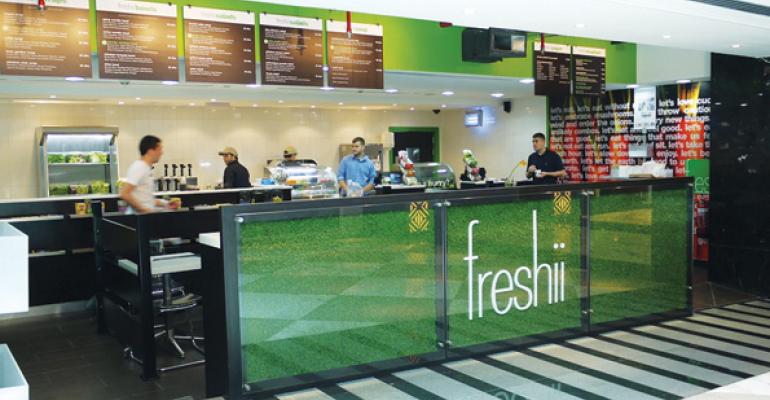 NLRB memo: Freshii not a joint employer with franchisee

The National Labor Relations Board has issued an advice memorandum stating that franchisor Freshii is not liable as a “joint employer” for the alleged unfair labor practices of a Chicago franchise operator.

The memo, which does not carry the rule of law, appears to offer some clarity into the NLRB’s positioning on the joint employer standard, which is a key factor in a series of charges also faced by McDonald’s USA in a separate, landmarked case that has been closely watched by the restaurant industry.

As with McDonald’s, at issue is whether Freshii Development LLC, as the franchisor, along with its Chicago area developer, could be considered a joint employer with its franchise operator Nutritionality Inc., which was charged with unfair labor practices after two workers said they were terminated or disciplined for attempting to organize a union.

In the memo issued by the NLRB’s Office of the General Counsel on April 28, Freshii and the area developer were not found to qualify as joint employers under both the existing standard and a stricter standard proposed by the general counsel in a case involving Browning-Ferris Industries, which has been applied in the McDonald’s case.

In a statement, Freshii CEO and founder Matthew Corrin said the ruling “favors the continued entrepreneurial spirit that fuels Freshii’s growth and recognizes the value and distinction between a franchise brand and ownership of a particular location.”

Though Freshii provides franchisees with an operations manual that contains mandatory and suggested specifications, standards, operating procedures and rules for running a restaurant, the system standards do not include any personnel policies or procedures, the memo said. The franchisor neither dictates nor controls labor or employment matters for franchisees.

And, while the operations manual offers guidance on human resource matters like hiring and scheduling, franchisees are not required to follow certain policies. Franchisees are exclusively responsible for hiring and managing staff, and they set their own wages without consulting the franchisor.

“There is no evidence that Freshii or its development agents are involved in Nutritionality’s labor relations or provided guidance about how to deal with a possible union organizing campaign,” the memo said.

Under the current legal standard, franchisors can be considered joint employers if they meaningfully affect matters related to the hiring, firing, discipline, supervision or direction of a franchise unit’s workers.

Last year, however, the NLRB’s general counsel proposed changing that standard. In an amicus brief filed in the Browning-Ferris case, the general counsel argued that franchisors could be considered joint employers if they wielded sufficient influence over the working conditions of a franchise operator, whether direct, indirect or potential control.

Even under that broader standard, which was cited in charges against McDonald’s, Freshii was not deemed to be a joint employer, the memo said.

The International Franchise Association said this week in a statement that the Freshii memo was welcome news for the franchise industry. The IFA has maintained that a broader definition of joint employer liability could threaten the franchise model at its core.

But the IFA said the recent memo validates the argument that more clarity and transparency is necessary by the NLRB to fully explain its rationale as to where the line is being drawn in its attempt to expand joint employer liability.

“The legal battle is not over because an advice memo does not have the effect of creating law,” the IFA said.

“The NLRB might still change its position and adopt a new test when a case comes before it,” a move that would also impact how other federal agencies define the franchisor-franchisee relationship, the IFA said.