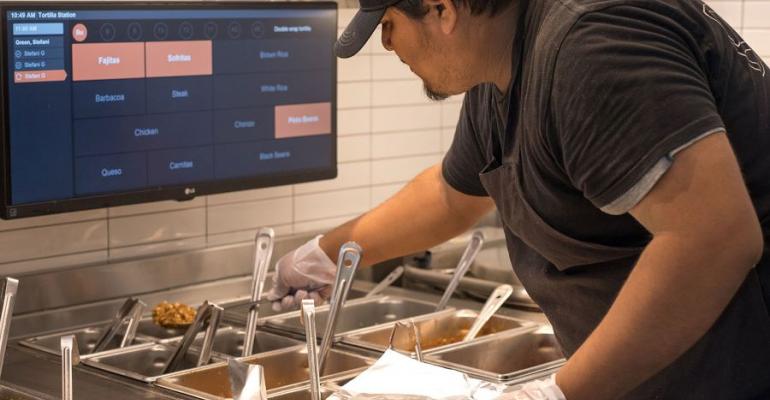 The mayor's office said the Newport Beach, Calif.-based company is not providing employees schedules two weeks in advance and failing to get consent and pay premiums for last minute schedule changes as required by city law.  In a lawsuit filed against the brand, Chipotle is also being accused of routinely scheduling workers without consent to work closing shifts, followed by an opening shift – a practice known as “clopening.”

“In New York City, predictable schedules for fast food and retail workers are a right, not a privilege,” de Blasio said in a statement. “No corporation can get away with blatantly violating the rights of New York City workers without consequences. Chipotle must immediately stop their unfair labor practices and put their employees above profit.”

Laurie Schalow, Chief Reputation Officer for Chipotle, said the chain is “committed to creating a safe and engaging work environment” for all employees.

“With respect to the Fair Workweek Law, Chipotle has been working cooperatively with the city to ensure we have systems and processes in place to comply with the law, so we believe the filing of charges was unnecessary,” she said in a statement. “Regardless, we will continue to cooperate with the city and we are addressing any prior noncompliance concerns.”

This is the first lawsuit filed against a corporate-owned fast food company since the law went into effect two years ago, the mayor’s office said.

Additionally, more than 30 workers from five different Chipotle locations in Brooklyn have filed complaints with the city’s Department of Consumer and Worker Protection division. The agency, which protects city workers from labor violations, is seeking at least $1 million in restitution for workers, according to de Blasio’s office.

DCWP has launched an investigation into 11 Chipotle locations in Manhattan for similar alleged violations under the Fair Workweek Law.

“Chipotle must come into compliance,” DCWP commissioner Lorelei Salas said in a statement. “I encourage all fast food workers to come forward if their right to a predictable schedule or new shift is being violated.”

Schalow said the brand’s “engaged and hard-working employees” are encouraged to contact the company “immediately with any concerns so we can respond quickly to make things right.”

The Fair Workweek Law in New York City became effective in November 2017. The law was intended to stop quick-service and retail employers from issuing unpredictable schedules to employees. Supporters of the law maintain that unpredictable schedules make it hard for employees to create budgets, schedule child care, or pursue education or a second job.

Since the law went into effect, DCWP has obtained resolutions from companies, requiring them to pay more than $1 million in fines and restitution for more than 2,600 workers in the city.

De Blasio, a 2020 Democratic presidential candidate, has made a point on the campaign trail to protect worker rights. Last week, he proposed the creation of a “robot tax” on large companies to slow the rate of job losses due to automation.

The  Restaurant Law Center, which fights overregulation that negatively impacts restaurants, is challenging the Fair Workweek Law.  The group and other restaurant advocacy organizations say the law violates the state constitution and the municipal home rule law.

“Because these questions are unresolved, the judicial process should be completed before punitive enforcement action is taken," Angelo Amador, Restaurant Law Center executive director, said in a statement.

Update, Sept. 10: This story was edited to add new information.