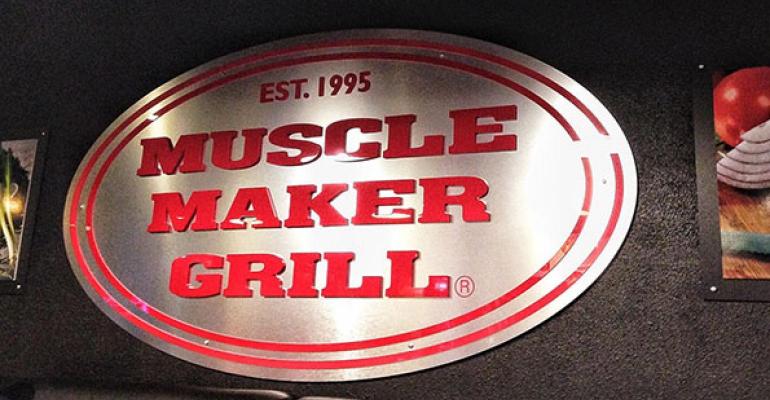 The Burleson, Texas-based parent to the Muscle Maker Grill brand said Infante, who joined the company in 2014, had previously served as vice president of marketing.

“I am thrilled to appoint Aimee as the chief marketing officer during this pivotal stage of our company’s growth,” said Michael Roper, Muscle Maker CEO, in a statement. “Her understanding of the full spectrum of marketing paired with her execution strategy are exactly what we needed to take this brand to the next level.”

Founded in 1995, Muscle Maker Grill offers healthier versions of mainstream-favorite dishes, including items aimed at carbohydrate-limited diets as well as gluten-free and vegetarian.

The company in 2017 announced plans to raise $20 million in a Regulation A+ initial public offering, also called a “mini IPO.” That IPO generated limited interest. At the end of 2017, the company had 53 locations, and that has declined to the current unit count of 40.

In February, the company said in federal Securities Exchange Commission filings that it had closed eight of its 13 company-operated restaurants “as a cost-saving measure” and opened one new restaurant in Fort Sill, Okla.

“The opening of the Fort Sill location represents a strategy shift for company-operated locations to focus on non-traditional restaurants such as military bases or administrative buildings,” the company said at the time. Muscle Maker Grill opened its first military base location on Fort Bliss Army Base in El Paso, Texas, in July 2016.

Muscle Maker in April opened a second military location on the Army base at Fort Benning, Ga.

“Military bases are an excellent fit for the Muscle Maker Grill brand and we look forward to providing another location for military personnel to enjoy our delicious food without the guilt,” Roper said at the time of the opening.