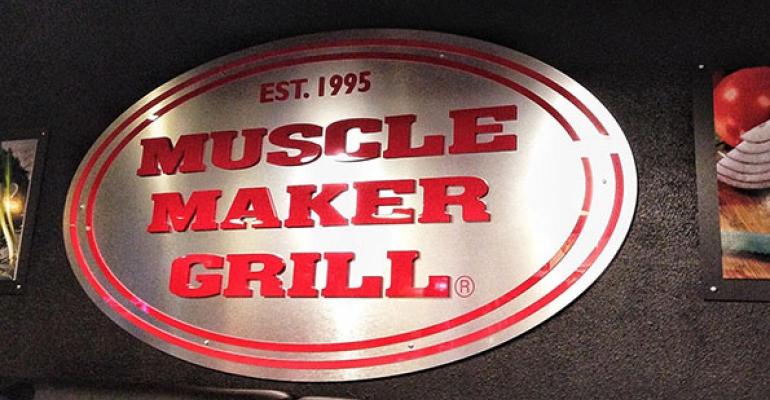 Muscle Maker Inc. on Thursday priced its planned initial public offering at $5 a share, or at about $7.7 million.

The Burleson, Texas-based health-oriented brand priced the IPO, announced in November, of 1.5 million shares and said it expected the offering to close on Feb. 18. An additional 231,000 shares were granted to the underwriter, Alexander Capital L.P.

The company has announced IPO plans before. In 2017, it said planned to raise $20 million in a Regulation A+ initial public offering, also called a “mini IPO.” That IPO generated limited interest.

The company said the shares would trade on the Nasdaq Capital Market under the ticker symbol “GRIL.”

At the end of 2017, Muscle Maker had 53 locations. But as of Sept. 30, the brand said it had 39 domestic restaurants, including eight company-owned units and 31 franchised locations.

Founded in 1995 in Colonia, N.J., Muscle Maker Grill offers a health-oriented menu with items aimed at carbohydrate-limited diets as well as gluten-free and vegetarian options.