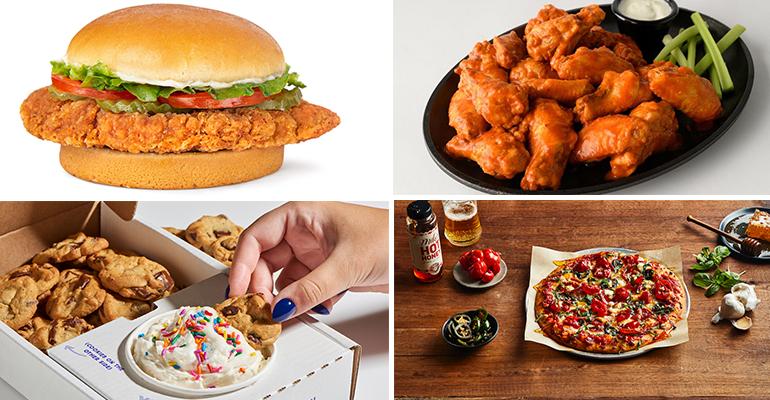 The headline is that Fazoli’s, which had been operating a chicken-wing virtual concept called Wingville, is now rolling out those wings at its brick-and-mortar restaurants.

Both Insomnia Cookies and The Whimsy Cookie Company now have gluten-free versions of their signature items, while boba tea concept Fat Straws is leaning into gluten with three doughnuts, offered for three days in celebration of the Mid-Autumn Festival, also known as the moon festival.

Early fall is chile season, which Whataburger is celebrating with a spicy burger and a spicy chicken sandwich, Velvet Taco has sweet chile shrimp in its weekly feature and Your Pie has three spicy seasonal offerings, plus a seasonal vegan gelato made with oat milk.

Smoothie King also has a seasonal offering made with oat milk.