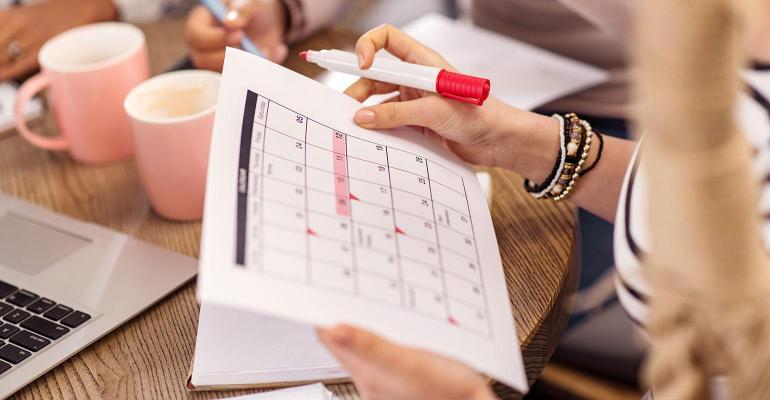 A New York City agency on Wednesday sued Chipotle Mexican Grill for violating a law that requires quick-service restaurants to schedule employees at least two weeks in advance as well as for not following paid sick leave rules.

In the lawsuit, the New York City Department of Consumer and Worker Protections alleges that the fast-casual chain owes workers more than $150 million for not following the Fair Work Week Law and owes the city nearly $300 million in civil penalties.
The agency filed the lawsuit after the New York State Supreme Court on April 20 denied the restaurant industry’s appeal against the law, which was passed in 2017.

That appeal was filed in late 2018 by the International Franchise Association, the National Restaurant Law Center and the New York State Restaurant Association.

In addition to requiring that schedules be set two weeks out, the law also prohibits employers from scheduling employees on back-to-back closing/opening shifts unless they consent to it in writing and are paid a $100 premium.

Related: How and why restaurants should create predictable schedules for workers

It also requires that restaurants offer shifts to current workers before hiring new ones. It allows fines to be imposed on restaurants that schedule workers with less than two weeks’ notice and provides for premiums to be paid to workers who aren’t scheduled in time.

Similar predictive scheduling measures have been approved in San Francisco and Seattle as well as the state of Oregon.

The lawsuit alleges that Chipotle committed 599,693 violations of the law, including failing to give scheduling pay premiums and failing to offer current workers shifts before hiring new workers. It estimates that each of the 6,500 workers employed by Chipotle in the city between November 2017 and September 2019 experienced at least one violation. It says each worker is, on average, owed around $23,061.

The suit also claims that Chipotle violated the law by preventing employees from calling out sick for covered reasons, requiring sick workers to find their own replacements and disciplining workers for calling out sick.

When asked for comment, a Chipotle spokesperson said,  “We make it a practice to not comment on litigation and will not do so in this case, except to say the proceeding filed today by DCWP is a dramatic overreach and Chipotle will vigorously defend itself. Chipotle remains committed to its employees and their right to a fair, just, and humane work environment that provides opportunities to all.”