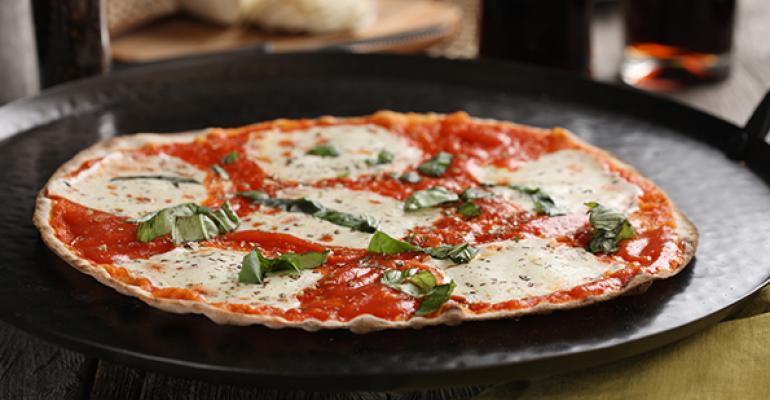 Fast-casual Posh Tomato was inspired by restaurants in Israel, Amsterdam

The dining landscape is awash in fast-casual pizza chains, many from the west coast and most offering customizable pizza made in front of their guests.

Posh Tomato has a similar format, but comes from one of the heartlands of American Pizza, Brooklyn, N.Y.

“Brooklyn has developed its own brand globally. It’s mind-boggling what it’s done in the past ten years,” said Solomon Sarway, who with his brothers, Morris and Ike Sarway, opened the first Posh Tomato in their home neighborhood of Midwood in January of 2012.

The Sarway family operates shopping centers. The brothers were first inspired to consider opening restaurants during a trip to Israel, when they were taken by the thin-crust pizza they found, and particularly by the “cool, hip” setting it was served in, as Morris Sarway described it.

Morris Sarway was further inspired during a trip to Amsterdam by the pizza of a local pizza maker of Italian heritage. He negotiated with the pizza maker to buy the recipes for the dough and sauce and to train in the restaurant.

Then the brothers started researching restaurants.

“We went through every single learning stage of design, construction, health permits, starting a very small mom-and-pop business, dealing with landlords. Every little last thing we learned the hard way,” Morris Sarway said. “We made a hell of a lot of mistakes. We have four years of stories of employees and product and blackouts and floods.”

The Midwood restaurant also was Kosher so it could cater to the local clientele. The restaurant was successful enough that within six months they opened another Kosher location in the Brooklyn neighborhood of Gravesend and then sold those two restaurants and the rights to open 10 more Kosher locations across the country to a franchisee with expertise in operations that followed Jewish dietary laws. That franchisee recently opened his third location, on the New Jersey shore, and in May a new franchisee opened a non-Kosher Posh Tomato in West Hartford, Conn., featuring meats such as pepperoni, prosciutto and bacon that can’t be sold in Kosher restaurants.

All of the franchisees buy the dough, sauce and cheese blends from the Sarways, who prepare it in a commissary in the Brooklyn neighborhood of Red Hook.

“It gives them the ability to focus on what they need to focus on,” he said.

The pizzas themselves are quite light: a 12-inch pie is made from a 90-gram ball of dough — about three ounces, which is less than many individual pizza slices. The prices start at $5.95 for a classic — with house sauce, a cheese blend, garlic, oil and oregano — and up to $9.95 for specialty pies such as the 3 Little Piggies at the non-Kosher location, topped with pepperoni, hot capicolla and bacon. A whole classic pie is just around 400 calories, Morris Sarway said, noting that’s based on recipe software and not on actual chemical analysis of the pizzas themselves.

Salad-topped pizzas are available, too, including one topped with Caesar salad and a Greek one topped by romaine lettuce, sliced tomato, red onion, black olive Feta cheese and Greek dressing. They’re $8.95. Dessert pizzas including cheesecake, peanut butter & jelly and chocolate, are $7-$10. They’re cooked in electric brick driven ovens, selected in part for easy installation, and the pizzas are ready in about two and a half minutes.

The average per-person check is in the $11-$12 range, Solomon Sarway said.

Taking a cue from other fast-casual restaurants, the décor of the restaurants is spare and features dark wood tones. According to the Sarways' franchise materials, Posh Tomato targets Millennials who are looking for more healthful options in an inviting atmosphere

“We really wanted to look at what everybody else did [better burger, coffee and burrito restaurants] with their fast-casual spin,” Morris Sarway said. “The brought the product up a few notches, they made the atmosphere inviting, the promised and delivered on higher quality service, and that’s what we want to do.”