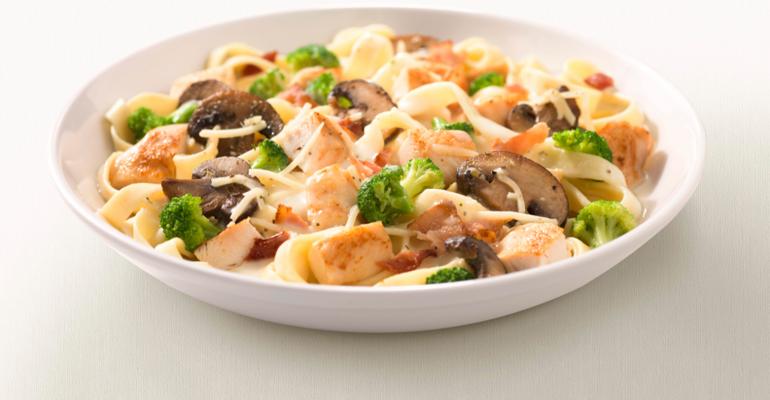 How Fazoli’s shift to real plates changed everything

When Bob Sirkis went to the Fazoli’s franchisee meeting in 2008 to meet the chain’s new CEO, Carl Howard, it was going to be his last such meeting as one of the chain’s operators.

Sirkis bought four stores in 2001, with the hopes of building a unit in his hometown of Dothan, Ala. Yet he never built that store. Sales fell consistently in the following years. He closed three of those locations, and had a deal to sell the fourth.

That deal fell through, however, and Sirkis was stuck, which just goes to show that sometimes the best business moves are completely accidental.

Under Howard, Fazoli’s would slowly come crawling back. Fast forward to 2017, and the chain has generated 15 straight quarters of same-store sales growth, and is well on its way to 16. Same-store sales increased 4.9 percent in January, for instance.

This year, Fazoli’s expects to add 12 locations, which would be the most for the chain in more than a decade. Sirkis, still an operator, has seen profits surge at his restaurants, and he is getting ready to add another location.

“Thank god my deal fell through for the fourth restaurant,” Sirkis said.

Jerrico Inc., parent company of Long John Silvers, created Fazoli’s in 1988. And Sirkis, who worked with Long John Silvers, was on the team who helped create the concept. Jerrico sold the chain when it had six units, and in the 1990s Fazioli’s was a pioneer in the burgeoning fast-casual movement.

At its peak, Fazoli’s had more than 400 locations. Yet it began to struggle in the post-9-11 recession. Sales fell more than six years in a row. The chain and its franchisees closed nearly 200 locations.

The company was nearly sold to McDonald’s Corp., but was then sold to the private- equity firm Sun Capital Partners in 2006.

Howard was hired in 2008. “When I landed, Fazoli’s was performing poorly, to be kind,” he said.

The company first performed a migration study to determine why it was losing customers. Howard found out that customers could notice the chain’s declining food quality.

Said Sirkis: “Our food had just gotten ho-hum. Everything tasted the same, whether it was lasagna or spaghetti.”

The company upgraded the menu and added new product lines. By 2011, Fazoli’s same-store sales had improved from down 10 percent to zero. “I wasn’t happy,” Howard still. “That’s still down 10 percent on a two-year basis.”

So then the company made one simple change that would make a big difference: It started using real plates.

Fazoli’s did a minor refresh of its restaurant. That refresh included using real plates and silverware, rather than the company’s traditional black plastic. The company also ditched the pagers it gave customers for when their food was ready, and instead brought food directly to them.

These seemingly simple changes made a huge difference. Howard calls the change a turning point that sparked the 15 straight quarters of same-store sales growth. “That’s when we started to take off,” he said.

Why would plates generate better sales? It seems that customers don’t like eating off plastic. More to the point: Better plates give the food a better presentation. Once it shifted to real china, Fazoli’s quality scores improved dramatically.

“We eat with our eyes,” Sirkis said. “It looks different. It stayed hotter. It retained heat better. It looked better. It tasted better. It was better.”

Delivering food directly to customers also made a difference. Fazoli’s core customers include seniors and parents with children. Neither of them were all that eager to fetch the food themselves.

“If I’m a mom, I don’t want to leave my table to carry four plates back to my kids,” Howard said.

Fazoli’s has done some other things, too. Last year it upgraded its salads and sandwiches and now is working on another major menu refresh to improve core items. That refresh will include ending the use of artificial ingredients.

The chain is also upgrading its in-store technology. And it is working on another major remodel program that Howard believes could keep its sales coming in for years in the future. And though it took a while, franchisees are adding locations. The chain has added 11 locations over the past 13 months and now has 222 units.

The company expects to have more than 100 franchisee locations by the end of the year — up from 89 at the end of 2015 — and has deals with franchisees to open even more thereafter.

“That’s been the biggest obstacle, because of the legacy and the history of the brand,” Howard said. “That really stood in the way of getting a jumpstart.

“We didn’t start to turn it around until 2010, 2011. By 2012, 2013 franchisees were just starting to get their money back. Now we have franchisees who’ve been around for a considerable period of years are extremely profitable now and are actively looking.”

The franchisees looking to open new units includes Sirkis, who is finally working to add that location in his hometown 16 years after he returned to the chain he helped start.

And the store he didn’t sell? Not only is it profitable, it’s profitable even though an Olive Garden was built next door seven years ago.

“It was the best deal to never happen,” Sirkis said. “At the time it seemed horrible. But it’s just been wonderful. We’re making a lot of money.”