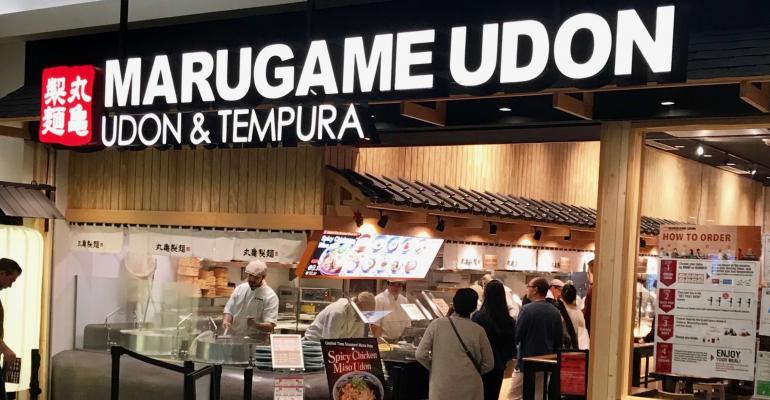 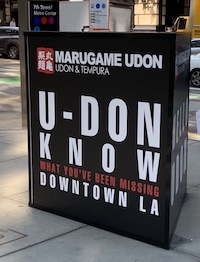 Mark Brezinski will serve as president and chief strategic officer of Marugame Udon USA, and Pete Botonis has been named chief operations officer. Both worked together in the early devolopment of Pei Wei Asian Diner when it was a division of P.F. Chang's China Bistro.

Brezinski said Marugame Udon USA will move its operations base from Irvine, Calif., to Dallas. The division has two units in Hawaii and six in California, and the restaurants serve udon and tempura in a cafeteria-style service model with an open kitchen. Udon noodles are made in each of the units.

“The menu will have to expand a little bit,“ he added. “You have to make some hard decisions about what has to come off in order to put something on.”

Marugame Udon units currently have 14 to 16 tempura items and eight to 12 bowls. Brezinski envisions expanding the menu into Japanese katsu sandwiches and robata grilled items, which means some tempura and vegetable items may be removed.

A condiment bar allows for customization with toppings, but Brezinski said the new owners plan to “bring a little more structure” to that offering and some of that may shift to the serving line.

Brezinski said he thinks the average check will end up being between $11 and $14 per person.

Jeff Brock, the managing partner of Hargett Hunter, said Marugame is an exciting growth concept. “It’s not often you get to help build the clear leader in a category, and with over 1,000 udon shops across Asia alone, Marugame is just that,” Brock said in a statement.