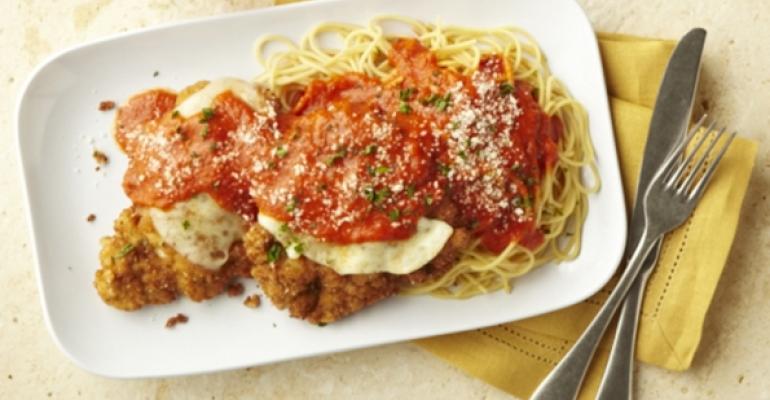 Go Roma is getting a facelift, with an open floor plan and open kitchen, and elements that harken to artisanal Italian food, in a new restaurant scheduled to open Friday.

The Northbrook, Ill.-based fast-casual chain, which was purchased in July 2014 by Dallas-based private-equity firm Chalak Mitra Group, will open the new location in Glenview, Ill.

The new Go Roma location covers 2,523 square feet, and will seat 71 customers inside and 26 diners on a patio.

“The footprint for future units will be 2,500 to 3,000 square feet, depending on the location,” said Liz Jones, senior marketing manager of Chalak Mitra Group.

“We wanted to create an atmosphere that spoke of vintage Italian artisan elements, a scratch kitchen and a design that resonates with Millennials,” Jones said.

Among the design changes from the two earlier restaurants are an open kitchen, which the company said highlights the “scratch kitchen” menu, and an open floor plan that embraces such reclaimed materials as bricks from 1800s Chicago and ends of vintage wine crates to decorate a wall.

The décor elements also highlight some of the Italian specialties, such as Chicken Parmesan, Country-Style Rigatoni and salads such as pear-and-walnut. The company said Go Roma’s average check is around $10.

The Italian-inspired atmosphere also includes a vintage 1960s Vespa and a hand-painted mural.

Correction: May 20, 2015  An earlier version of this story incorrectly attributed quotations from Liz Jones.