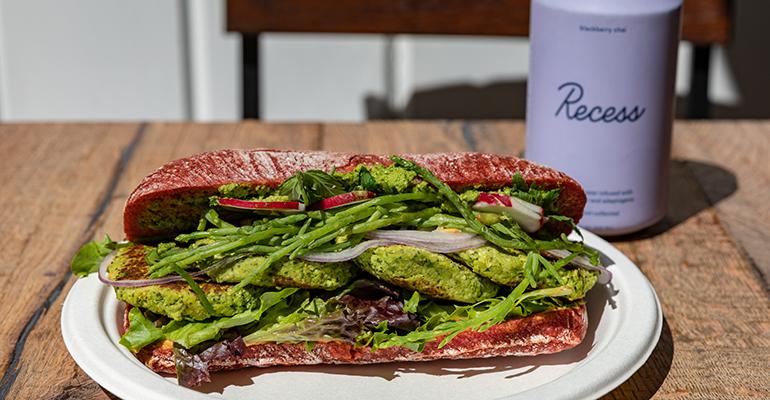 The menu, created by chef Craig Rispoli, will launch Friday and run through April 30 at the 18-unit brand, featuring a number of cannabinoid (or CBD) oil-infused food and beverage items.

“With the growing popularity of CBD and its benefits being realized, we wanted to use our window of opportunity to offer a healthier variant of CBD-infused food items,” a Fresh&Co representative said. CBD additives or supplements contain a derivative of hemp without the psychoactive ingredient tetrahydrocannabinol, or THC, found in cannabis.

“Our new menu is made in small batches, using wholesome, clean ingredients,” the Fresh&Co spokesperson said, citing non-genetically modified hemp seeds and “reputable” CBD. “Although we do not agree with the [New York health department] ban in CBD products in food use, we understand that this is too new on a consumer level, and difficult to regulate.” 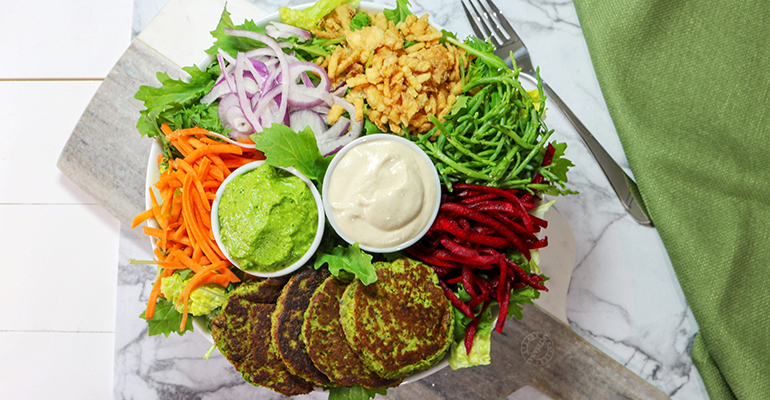 In December, the U.S. Food and Drug Administration added a new category to their cannabis class designation called “hemp,” officially defined as “cannabis and cannabis derivatives with extremely low (no more than 0.3 percent on a dry weight basis) concentrations of the psychoactive compound delta-9-tetrahydrocannabinol (THC).”

However, because hemp products have not yet been approved as a safe food additive, according to FDA standards, the legality of CBD-infused products remains in limbo, and they are banned from food and drink establishments until regulations have been put in place. 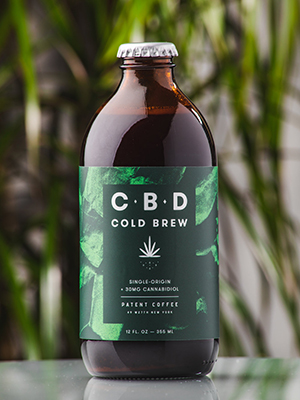 n compliance with current FDA regulations, New York City prohibited cannabis-infused products and gave restaurant operators and food suppliers a “grace period” until July 1 to make the transition, according to a December 2018 notice from the Health Department.

For example, although the CBD-infused cold brew and truffles will be available at Fresh&Co after the April event, they will disappear from the menu by July. Starting in October 2019, the Health Department will begin issuing violations for noncompliance.

However, sources reported New York City health officials began cracking down on restaurants serving CBD-infused products, allegedly seizing and embargoing thousands of dollars’ worth of cannabis products as early as February, five months ahead of the grace period deadline.

Other similar crackdowns on CBD products have been noted in Ohio, Maine and Georgia, as state and city governments are rushing to comply with federal standards.

Despite the uncertainty about CBD legality, it has not stopped a growing number of restaurants from introducing CBD-infused menu items. Besides Fresh&Co, Denver-based Illegal Burger, operated by West Coast Venture Group Corp., introduced a CBD-infused burger bowl this week in conjunction with 4/20. The use of CBD as a food additive is legal in Colorado, according to state regulations.

Regarding federal law, former FDA commissioner Scott Gottlieb stated that regulation will take more than three years to complete and announced a public hearing on May 31 as a first step in the process. After the hearing, the FDA will be forming a working group to address concerns of food safety and explore “potential pathways” for commercial CBD products to be safely distributed, with plans to share their findings to the public by the summer 2019.

But for restaurant and bar owners selling edible or drinkable hemp and CBD products, it could be several years until they can legally take advantage of the cannabis additive industry, which was named one of the most popular food trend predictions in 2019.

“In a way, CBD is the next THC in regulatory fights, and it’ll take a coalition of business owners and consumers to fight for the regulations we need to help legitimate businesses, protect consumers’ health and punish bad actors,” Steven Phan, owner of Come Back Daily, a hemp shop in New York City said. “CBD isn’t going away, and the longer the process takes, the longer we are putting all those things in jeopardy.”