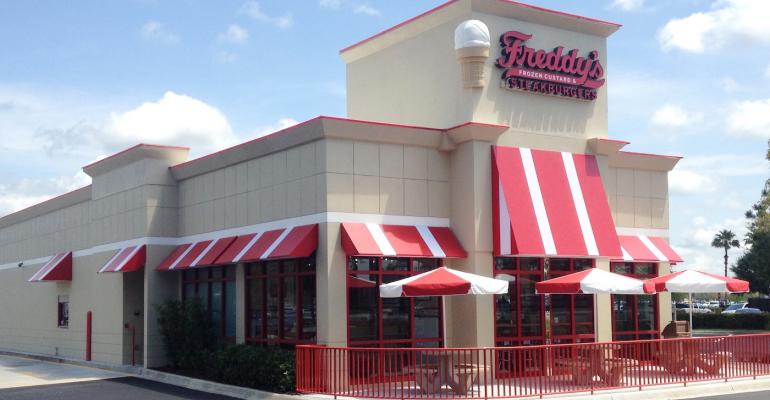 Freddy’s Frozen Custard & Steakburgers has signed a franchise agreement with shopping center developer RSolution Hoidings to develop 50 new restaurants over the next several years across the Southeast.

The Wichita, Kan.-based fast-casual brand said that, as part of this 50-unit development agreement, Freddy’s will grow its footprint on Florida’s west coast and Panhandle. Locations are under development and scheduled to open next year in Pensacola and Tampa.

Freddy’s was co-founded in 2002 by Scott Redler and Bill, Randy and Freddy Simon and offers burgers, fries, hot dogs and frozen custard.

“I was introduced to Randy Simon through our mutual involvement with the International Council of Shopping Centers,” said Gary Grewe, RSolution principal, in a statement. “Randy’s passion for the brand coupled with the impressive proven business model motivated our group to explore Freddy’s franchise opportunities.

“After purchasing several existing locations in Florida,” Grewe said, “we saw firsthand how well the state’s dual demographic resonated with the concept and didn’t hesitate to expand our partnership with a larger multi-unit deal.”

Since the COVID-19 pandemic was declared in March, Freddy’s said innovation and technology allowed it to continue its expansion. This year, Freddy’s has opened 29 new restaurants to date with additional locations in the pipeline slated to open before the end of the year, including its milestone 400th location.

Freddy’s has locations in 32 states.