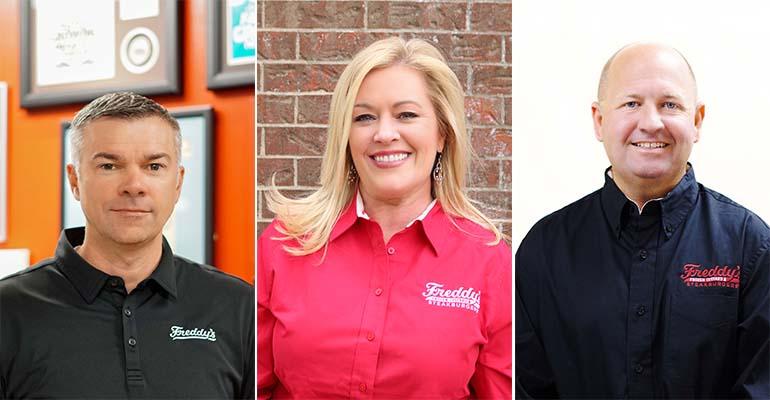 The exec will oversee franchise development and coaching

Coots joined Freddy’s team in May and most recently served as senior franchise sales manager at Global Franchise Group.

Phelps joined Freddy’s in June and his past experience includes real estate director at The Wendy’s Company as well as real estate management positions at RetailCorridor.com, Great Clips, and GolfTEC.

“Andrew Thengvall’s dedication to advising and strengthening the Freddy’s brand has been stellar and we have the utmost trust in his ability to continue to accelerate our franchise growth in this expanded position,” Chris Dull, Freddy’s CEO, said in a statement. “We are thrilled that he has taken on this new role and excited to see him lead this skilled and enthusiastic team of experts to capitalize on our opportunities for expansion, as one of the fastest-growing franchises in the country.”

Thengvall said he was looking forward to working with his new team.

“In the midst of such an exciting period of growth for Freddy’s, [Coots’ and Phelps’] combined wealth of franchise sales and real estate experience will be a valuable asset as we define our growth plans and decisions. I look forward to leading this team as we accelerate Freddy’s momentum and drive the concept’s footprint throughout markets nationwide.”