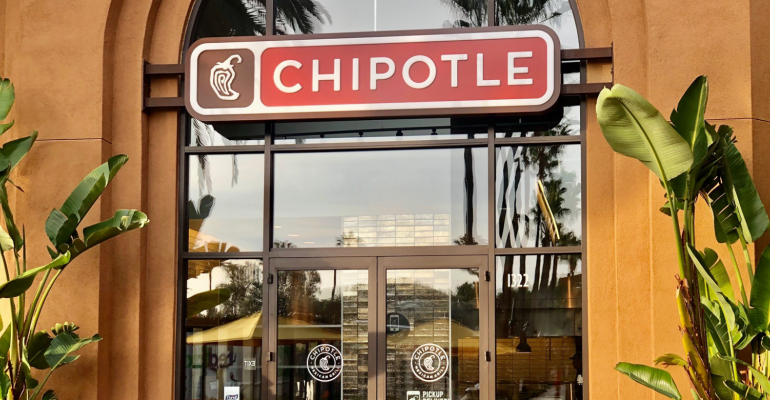 Nancy Luna
A Chipotle located in Augusta, Maine filed for a union election on the heels of employees at several other major companies, including Starbucks, Amazon, and Apple, ramping up union activity this year.
News>Fast Casual

A Chipotle store in Augusta, Maine has filed for unionization with the National Labor Relations Board

The first Chipotle Mexican Grill store has filed for unionization with the National Labor Relations Board, the Maine chapter of the American Federation of Labor and Congress of Industrial Organizations announced via Twitter on Wednesday. The workers are looking to be recognized formally as independent union, Chipotle United.

This Chipotle, located in Augusta, Maine filed for a union election on the heels of employees at several other major companies, including Starbucks, Amazon, and Apple, ramping up union activity this year.

Workers at the Augusta Chipotle have organized a union! These workers are demanding safe, adequate staffing at their store. They filed today for union recognition as Chipotle United, an independent union.

"We believe that [by forming a union] we will help combat Chipotle’s systemic exploitation of crew members and make it possible for us to do our jobs safely and to the best of our ability at all times," Brandi McNease, a union organizer and worker at the Augusta Chipotle store said in a statement. "We’re hoping that by forming this union we can work with Chipotle to achieve the goals we have in common, such as safe and healthy food, and good atmosphere, safe and happy crew members, and all of the other things that make Chipotle different."

According to an emailed statement from Chipotle’s chief corporate affairs officer, Laurie Schalow, the workers filed for unionization the week after raising concerns regarding workload, staffing and leadership, and the company immediately, “deployed additional resources such as hiring and training additional staff, retraining existing employees and providing new leadership.”

“We respect our employees’ rights under the National Labor Relations Act and are committed to ensuring a fair, just, and humane work environment that provides opportunities for all,” the company statement reads. We think our actions in addressing the concerns raised by our crew in Augusta just last week prior to receiving notice of any petition in that location show how quickly we can and do respond to our employees when they directly notify us of their issues and concerns.”

Schalow urged employees to directly contact the company through their anonymous 1-800 number if any issues arise, though did not outright discourage employees from voting to unionize.

Chipotle seems to be the first major national restaurant chain to begin unionizing in the wake of the wave of Starbucks union elections over the past six months (160+ “yes” union elections and counting). Tensions have risen between pro-union employees and Starbucks corporate, which has recently undergone a leadership shakeup with three executives leaving in the past two months.

SBWorkers United commended Chipotle workers on a job-well done and tweeted in solidarity:

Although Chipotle says this is the first store to file for unionization, the New York City chapter of the Service Employees International Union has also been organizing New York-area Chipotles. This, however, would be the first independent union that workers took initiative to organize without an umbrella organization.