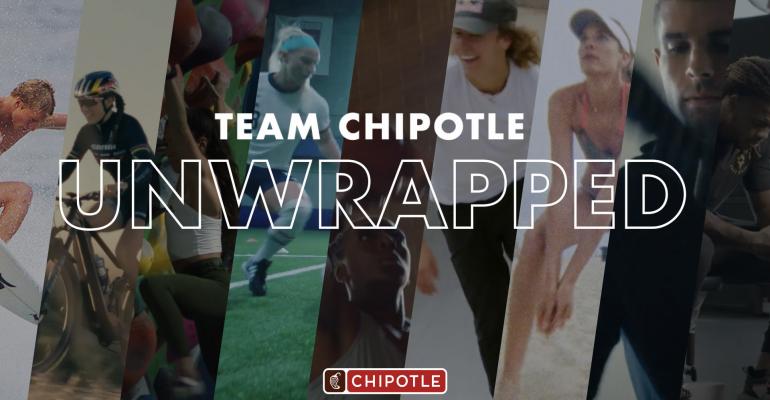 Fans who want to eat like snowboarder Hailey Langland can do so at Chipotle Mexican Grill, which unveiled a digital menu promotion along with its new “Unwrapped” series on Thursday featuring athletes and their favorite dishes.

The promotion is the second iteration of the Team Chipotle Menu, which this go round features the top U.S. winter athletes Red Gerard (snowboard); Kendall Coyne Schofield (hockey); Hilary Knight (hockey); Jessie Diggins (cross-country skiing); and, of course, Langland (who likes a bowl with chicken, white rice, tomato and corn salsas, light sour cream, cheese and lettuce, with chips and queso on the side).