/sites/all/themes/penton_subtheme_nrn/images/logos/footer.png
Recent
Recent
What does a ‘record-breaking’ Black Friday weekend mean for restaurants? It’s complicated
Dec 02, 2022
The third-largest pizza chain is ready for a war
Dec 02, 2022
DoorDash’s layoffs are not a time to panic: they’re a time to rethink the delivery industry
Dec 01, 2022
How Checkers & Rally's plans to adjust as other brands adopt its double drive-thru model
Dec 01, 2022
How a local grain became the star ingredient of the stand-out pita at Gavin Kaysen’s latest restaurant
Dec 01, 2022
Featured
How 21 restaurant companies performed in their most recent quarters
Nov 22, 2022
How eco-friendly Seattle restaurant chain Just Poke is doubling in size in 2022
Nov 17, 2022
In the Mix this week: White Castle’s culture, a CREATE recap, Denver’s restaurant scene and more
Oct 27, 2022
How this emerging brand is planning on nearly quadrupling in size in just one year
Oct 21, 2022
News>Fast Casual

Executives on the move: 22 CEOs, CMOs, COOs and other C-suite positions that changed in the restaurant industry in February 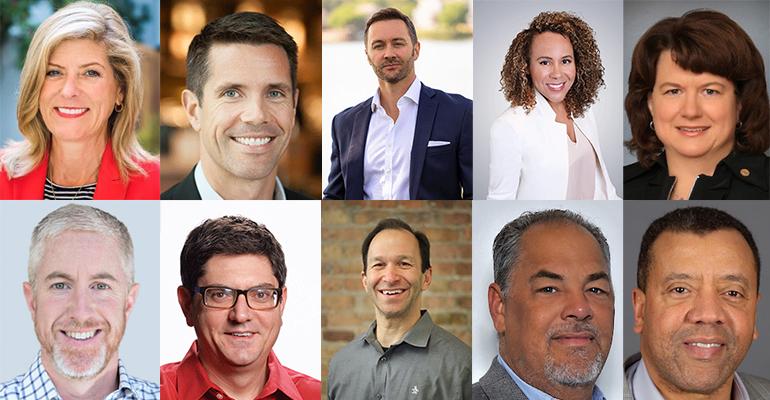 Start Slideshow ›
Pizza Hut, Taco Bell, Starbucks, Denny’s and more chains name new executives while others move on from their positions during the shortest month of the year

January was a busy month for executives across foodservice brands, and February showed no signs of slowing down either.

There were some major players moving between companies or leaving their posts altogether. Some companies shuffled several top executives within the span of a few days.

Frances Allen left her post as CEO of Boston Market abruptly at the beginning of the month and was announced as the new CEO of Checkers and Rally’s a week later.

Restaurant companies such as Pizza Hut, KFC, Taco Bell, Starbucks, Denny’s, Whataburger, Newk’s Eatery and more named new executives in February. Find out who they are.