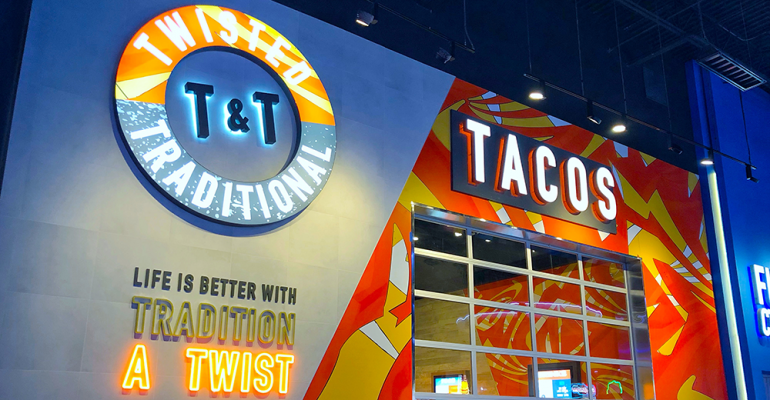 Dave & Buster’s Entertainment Inc., which has featured full-service dining since its founding in 1982, made its first foray into the fast-casual segment last December with the debut of T&T Tacos at a signature Dallas location, but the concept has not performed as expected, the CEO said Tuesday.