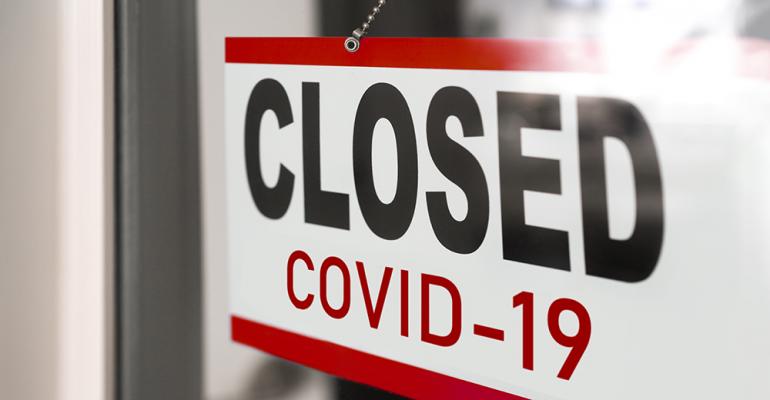 Maridav / iStock / Getty Images Plus
More than 10% of restaurants in the United States have closed permanently since the pandemic started, according to Datassential.
News>Fast Casual

Datassential: More than 10% of U.S. restaurants have closed permanently

The largest chains fared best, but independents did better than smaller multi-unit concepts

According to Firefly, Datassential’s proprietary database, 79,438 restaurants in the United States have closed, which is 10.2% of the total of 778,807 restaurants that were in operation at the outset of the public health crises. That includes full-service and limited-service restaurants as well as food trucks.

Related: One year of COVID — the restaurant industry is crushed by the pandemic

Food trucks were hardest hit, with 22.5% of them having gone out of business, while quick-service restaurants, the largest segment in the industry, had the lowest percentage of closures at 9.8%.

The largest chains, with more than 501 units, did better than independent restaurants and smaller chains, Datassential reported.

Around 75 chains have more than 501 units in the United States, according to Nation’s Restaurant News’ Top 200 data, including Chuck E. Cheese’s, LongHorn Steakhouse and Captain D’s Seafood Kitchen at the lower end, as well as Subway, Starbucks and McDonald’s at the high end.

However, independent restaurants actually did better than chains of 500 or fewer units. Those chains with between 51 units and 100 units were hardest hit, with 16.2% of their restaurants having closed permanently.

In terms of cuisine, burger concepts fared the best, with 7.3% having closed permanently. Restaurants categorized as French by Datassential had the highest closure rate at 15.3%.

Regionally, Washington, D.C., saw 14.9% of its restaurants close permanently, higher than any state. Delaware had the lowest permanent closure rate at 8.2%.

Despite the undeniably challenging year, Datassential CEO Jack Li said that the nearly 90% of restaurants that remain open have a good chance of staying open.

“This last year has been one the toughest the restaurant industry has ever faced,” Li said in a statement. “But the good news is that the rate of closures is slowing, and the future is bright for those restaurants who have learned to adapt to the host of new challenges facing them in our new normal.”