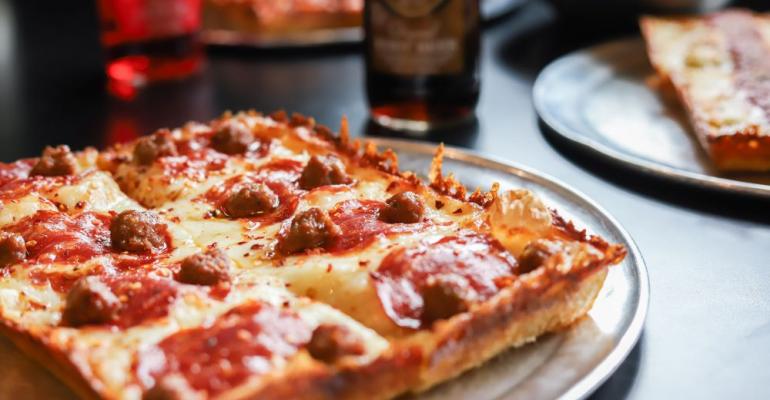 Via 313
Savory is investing in Via 313, an emerging Detroit-style pizza concept from Austin, Texas. Savory plans to add more than a dozen new locations over the next 24 months.
News>Fast Casual

The growing pizzeria concept from Austin, Texas will add more than a dozen new units over the next 24 months with Savory investment

While living in Texas, Brandon and Zane Hunt yearned for pizza that reminded them of their Detroit upbringing. So the two brothers launched Via 313 in a trailer in Austin, Texas nine years ago. The concept was the first pizzeria outside of their hometown to hawk so-called “Detroit-style” pizza.

Related: The Crack Shack to reach up to 50 locations with Savory investment

Today, the brothers have created a huge following for their beloved rectangular pizzas, a style that has become a fast-moving trend in the U.S. over the last few years.

Via 313 has since grown to two trailers and three brick-and-mortar locations in Texas. The emerging brand generates annual sales of more than $12 million.

Taking note is Savory, a $100 million growth fund and new division of Salt Lake City-based Mercato Partners. Savory announced plans Tuesday to invest and grow the brand to more than a dozen new locations over the next 24 months. 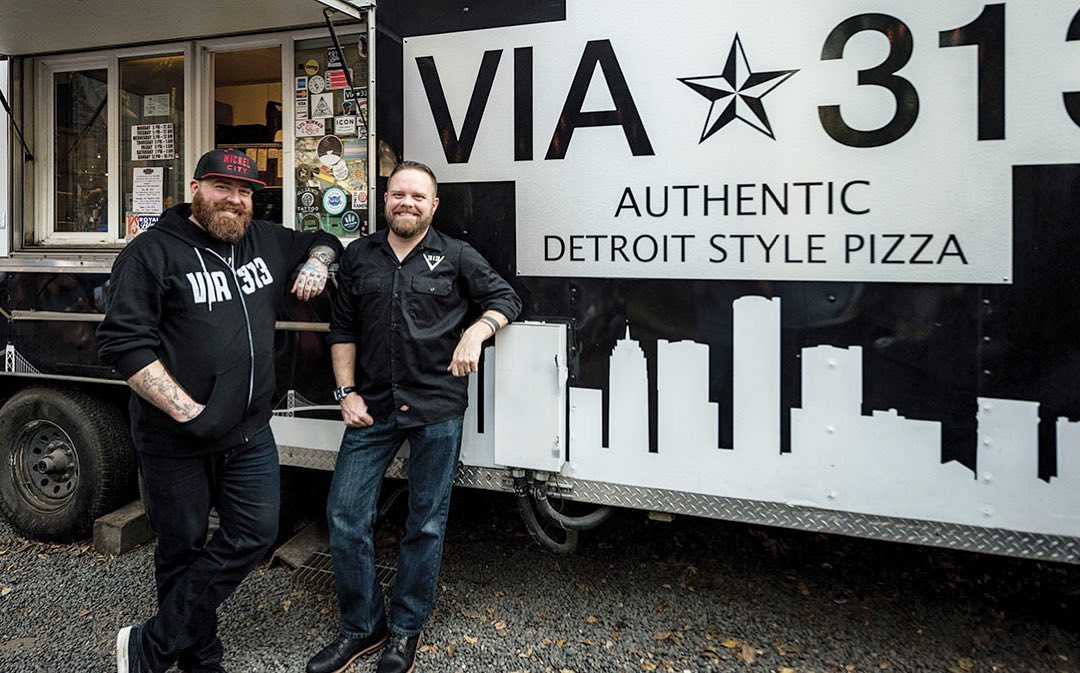 This is Savory's second investment in less than a month. In late September, Savory, led by Andrew Smith, said it would grow San Diego-based The Crack Shack into at least 50 units.

Savory said Via 313 locations will start emerging in states outside the Austin, Texas market in the next year.

“I grew up in Chicago and have always had an affinity for pizza,” Smith, the fund’s managing director, said in a statement. “Despite the crowded fast-casual pizza industry, I believe there is a large hole in the market for the nostalgic pizza experience I grew up on.”

After meeting the Hunt brothers, Smith said he opened eyes “to the amazing and creative Detroit-style pizza heritage.”

“By combining all of our collective experience, we have an opportunity to lead out on this segment of Detroit-style pizza,” he said.

Savory, which was formed earlier this year, is focused on growing upscale fast-casual brands. But unlike other private equity firms, Savory doesn’t plan to invest and walk away or install new leadership.

His team will assist emer 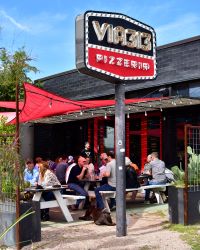 “The management team at Savory has a deep understanding of our industry and a clear plan for where we need to go next,” Brandon Hunt, co-founder of Via 313, said in a statement. “Taking these next steps together will allow Zane and me to focus on improving our passion for the best Detroit-style pizza and finding the most interesting and exciting flavors from across the country.”

“We also redesigned our website for easier online ordering. Our neighborhood spots have held steady but our downtown locations have seen trends decline with the loss of tourism and office jobs,” Hunt said. “I think we have fared well because as spending has pulled back for most households when families do spend, they want to make it more special or a bigger deal than a value-driven pizza. We provide that."