As coronavirus restrictions lift, here are 11 restaurant industry executives who made moves in May 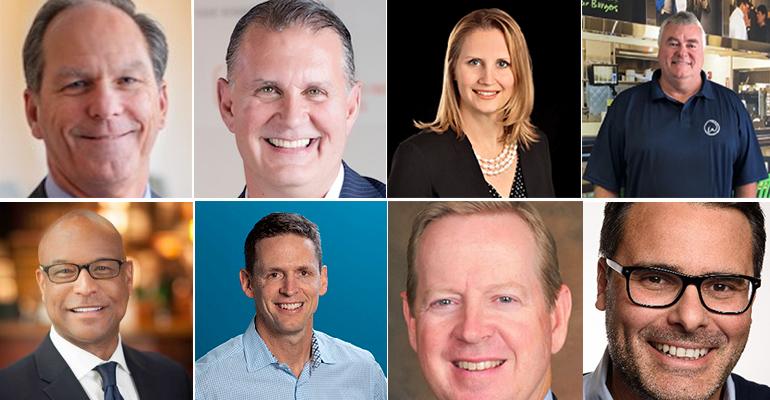 Start Slideshow ›
From new CEOs at Wahlburgers, the National Restaurant Association and Naf Naf Grill to a brand-new role at DoorDash, executives were put in as companies recover from COVID-19

As coronavirus lockdowns eased across the country in May, restaurant executives were named to new roles to guide their respective businesses through the new future of socially distant dining.

DoorDash, which along with other third-party delivery providers has faced more scrutiny surrounding restaurant fees and permissions, has created a new role: chief revenue officer. The role was created before the pandemic began in March but the new executive, who came to the company from YouTube, has the specific task of working directly with restaurants to ensure their success.

Another company that has seen a lot of attention is the National Restaurant Association, in need of a leader since Dawn Sweeney announced her retirement in 2019. The new CEO comes from Sysco Corp. and began on June 1. Early on during the coronavirus pandemic, the NRA released a toolkit for reopening operators and has, as usual, been fighting for legislation in Congress while coronavirus relief bills come up on the House and Senate floors.

The NRA wasn’t the only company to name a new leader in May. Boston Market, under different leadership for the third time in 2020, named a president to replace former CEO Frances Allen, who left in February. CEO appointments in May include those at Naf Naf Mediterranean Grill and Wahlburgers. Meanwhile, Luckin Coffee, a China-based Starbucks competitor, fired both its CEO and COO amidst fraud allegations.

See where these 11 executives wound up in May.