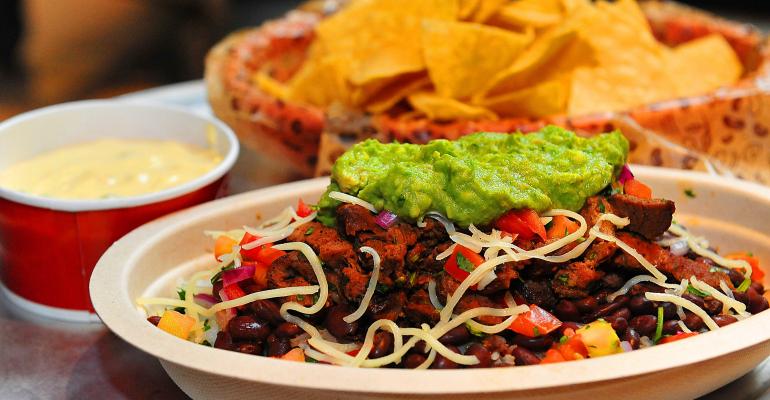 Running out of product is rarely a good thing for a restaurant or chain. But lately, supply chain shortages have been helping to create buzz. Take Chipotle Mexican Grill. The brand warned that its carne asada, originally slated as an LTO, was running low during its third-quarter conference call in October. It was difficult to find a product to meet the brand's high standards, executives said.

But on Tuesday, Chipotle had some good news. It was extending its carne asada offering, at least through the end of the year and into the first quarter of 2020.

That’s good news for carne asada fans and for the 2,500-unit chain.

The menu item contributed to higher check averages and a boost in new customer traffic during the brand's latest quarter.

"We're incredibly encouraged by the customer response to Carne Asada and are exploring options to add this as a permanent menu item in the future," said Brian Niccol, CEO of Chipotle in a statement. "Our mission is to cultivate a better world, and we're committed to doing so responsibly with our people, farms, animals and the environment in mind."

In extending the menu item, the brand was able to focus attention on its sourcing practices.

"Offering responsibly raised beef with no antibiotics or added hormones that meets its food with integrity standards can sometimes limit options for supply; however, Chipotle sourced additional premium cuts of steak," the company wrote in a statement.

Although on a much smaller scale, Chipotle's supply chain struggles created excitement around the product as Popeye's did with their chicken sandwich. That permanent menu, which debuted in August, sold out in about two weeks thanks, in large part, to social media buzz. That brand played up the its sold out status in its marketing, and in November, relaunched the sandwich to excited fans.