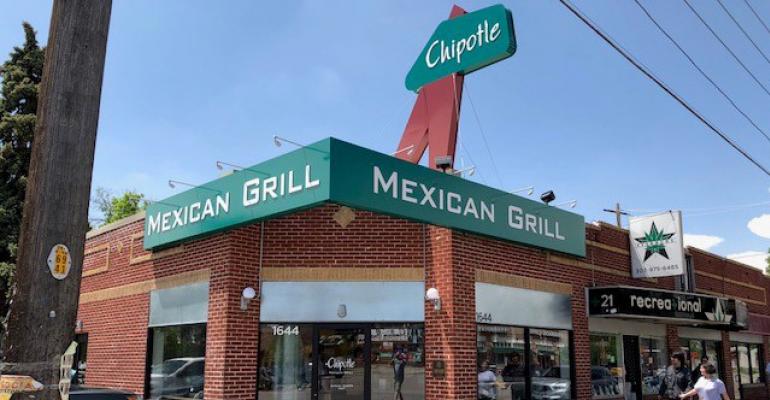 Denver and New York offices to begin shutdown in October, while Ohio office to triple in size

In Colorado and New York state labor filings, Chipotle Mexican Grill has laid out a timeline for relocating a portion of its 431 Denver and New York employees to Southern California.

In a filing made with the Colorado Labor and Employment department, Denver-based Chipotle said it expects a “total facility closure” of its Denver offices on or around Oct. 5, 2018. Relocation of the company’s headquarters to Newport Beach, Calif., the city of residence for company CEO Brian Niccol, should be complete by March 1.

Denver-based employees “who may reasonably be expected to experience an employment loss” as a result of the move to California were notified June 18, according to a WARN labor notice filed in Denver. The Worker Adjustment and Retraining Notification Act, commonly referred to as the WARN act, requires employers to give notice of plant closures or mass layoffs.

However, Chipotle spokeswoman Laurie Schalow told Nation’s Restaurant News that not everyone will be cut. Of the 32 employees in New York, “several employees were offered the opportunity to relocate” to Newport Beach where marketing operations will be consolidated, she said.

Schalow said employees are still reviewing relocation offers. So, the number layoffs in both Denver and New York is still unclear.

The New York office closure will be complete by March 1, 2019.

In Denver, Chipotle listed about 60 job titles impacted by the move. Of those, the positions with the largest number of employees impacted include: Technology Analyst (73), Technology Manager (32), H.R. Analyst (22), H.R. Manager (17), and Food Safety Coordinator (14).

The company, which shocked Wall Street when they announced its exit from Denver in May, has not released the exact location of its new Newport Beach offices.

“We are still finalizing the office location and won’t have that confirmed for some time yet,” Schalow said.

Schalow said the Ohio office, which serves as Chipotle’s accounting center, is home to 90 employees. That number is expected to grow.

“We are expanding this office with our restructuring and we estimate it will triple in size,” she said.

During a conference call in June, Niccol was expected to provide more reasons behind the move to Newport Beach, one of the most expensive beach towns in Southern California. So far, the former Taco Bell CEO has been vague, only stating that the move is instrumental to transforming Chipotle’s culture and building a world-class team to revitalize the brand.

But moving to a market where real estate is among the highest in the state isn’t exactly a cost savings move, some analysts have said.

The average median home price in Newport Beach was $1.8 million for the period between January and April 2018, according to Irvine, Calif.-based based real estate data firm CoreLogic. By comparison, the median price in Denver for the same period was $410,000.

The corporate restructuring and relocation, along with charges tied to up to 65 store closures, is expected to cost the company roughly $115 million to $135 million.

Steve Ells opened the first Chipotle in Denver in 1993. The company operates about 2,400 units.