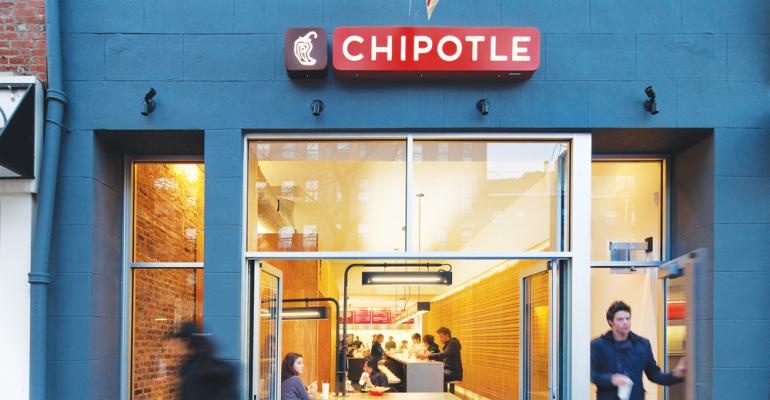 Chipotle Mexican Grill Inc. seeks a CEO with turnaround expertise to succeed founder Steve Ells, who will step down to become executive chairman, but restaurant analysts expect uncertainty in the near term.

“While ultimately the move may prove a positive over the long term and accelerate the company’s turnaround, it also likely signals that trends remain under pressure and creates more near-term uncertainty until a successor is announced,” said Sharon Zackfia, analyst with William Blair, in a note after Wednesday’s announcement.

Chipotle, in announcing Ells’ impending move, said it was seeking a CEO with turnaround expertise to help the company improve execution, build customer trust and drive sales after a dramatic downturn in those measures since a string of foodborne illness outbreaks that started in 2015.

“The news probably is a signal that Q4 trends have been uninspiring,” echoed David Tarantino of Baird Equity Research.

For the third quarter ended Sept. 30, Chipotle’s same-store sales rose 1 percent, slightly below Wall Street expectations. While profit more than doubled to $19.6 million, or 69 cents a share, in the quarter, revenue increased 8.8 percent to $1.13 billion, which was lower than analysts had forecast.

“Despite early signs of a turnaround, [Chipotle] shares are down 24 percent year-to-date as investors digested a norovirus outbreak at a single restaurant in Virginia,” Anderson said, “as well as a mixed reception to the company’s queso launch.” Company executives in October said the queso introduction improved same-store sales in September.

Chipotle’s board has retained the services of executive recruitment firm Spencer Stuart to assist in the CEO search, as well as creating a search committee with board members Robin Hickenlooper and Ali Namvar, as well as Ells.

“We see the potential for an outsider, preferably one with deep operations and/or international development experience, to take over as CEO,” said analyst Anderson. An internal candidate might be considered, he said, citing as a possible contender Scott Boatwright, who was named chief restaurant officer in May. However, Anderson said, “We argue investors would be more receptive to an outsider, preferably one focused on operational turnarounds.”

Given the amount of merger and acquisition activity in the restaurant industry over this year, analysts with Piper Jaffray said many potential CEO candidates are available.

“With the pronounced level of M&A this year that has resulted in more, bigger and ‘highly valued’ transactions alongside record-level of management turnover, there are many interesting applicants available in our opinion,” wrote Piper Jaffray analysts Nicole Miller Regan and Joshua Long in a note.

With Ells remaining with the company as executive chairman, Tarantino of Baird Equity Research said, “the addition of a complementary leader who can bring fresh perspective in the effort to strengthen core operating and brand fundamentals can prove to be a major long-term positive for the company.”

Chipotle, he added, “now will face some risks related to possible turnover and distraction within the organization, especially if the new CEO (which is highly likely to be an external hire) causes a significant cultural change within the company.”

Howard Penney, an analyst with Hedgeye, said the Ells transition was a step in the right direction. “But let’s keep in mind that there is still no tangible turnaround plan in place,” Penney wrote, “and changing CEOs will only delay the creation and implementation of such a plan.”

Chipotle, which Ells founded in Denver in 1993, operates more than 2,350 restaurants.