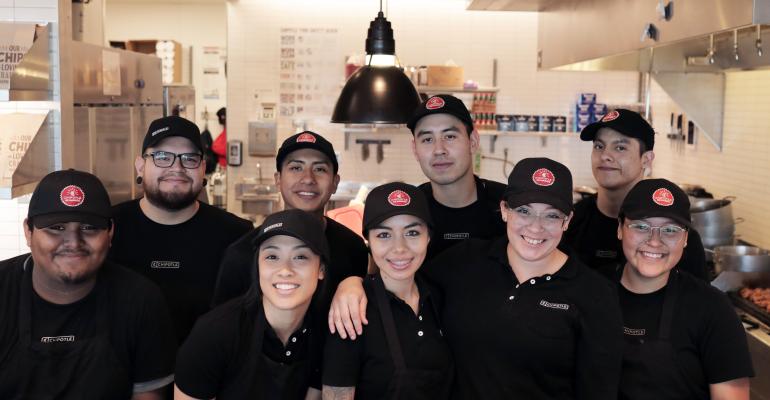 Chipotle was cited $1.37 million in restitution and penalties for 13,253 child labor violations and other state wage violations.
News>Fast Casual

The fast-casual chain agrees to donate $500,000 towards a fund aimed at educating young workers about child labor laws

“Chipotle is a major national restaurant chain that employs thousands of young people across the country and it has a duty to ensure minors are safe working in its restaurants,”  Healey said in a statement released Monday. “We hope these citations send a message to other fast food chains and restaurants that they cannot violate our child labor laws and put young people at risk.”

The probe, which started in 2016, led to Chipotle being cited $1.37 million in restitution and penalties for 13,253 child labor violations and other state wage violations at more than 50 restaurants, Healey said. Chipotle accepted civil citations as part of the settlement, the AG said.

Chipotle said it has also agreed to donate $500,000 to a fund aimed at educating young workers about child labor laws.

Laurie Schalow, chief corporate reputation officer at Chipotle, said the company is “committed to ensuring that our restaurants are in full compliance with all laws and regulations and we believe that in hiring workers beginning at age 16, we can provide younger employees with valuable experiences and provide a compelling work environment.”

The settlement was reached after the Massachusetts probe revealed that "Chipotle had regularly employed minors without work permits, permitted dozens of 16- and 17-year old employees to work later than the law allows, and allowed minors to work beyond the 9-hour daily limit and 48-hour weekly limit,” the AG said in a statement.

Chipotle, which operates about 2,500 restaurants, pointed out that it has made an effort to give its employees industry leading benefits such as tuition reimbursement, access to mental healthcare, financial planning tools, and the opportunity for quarterly bonuses.