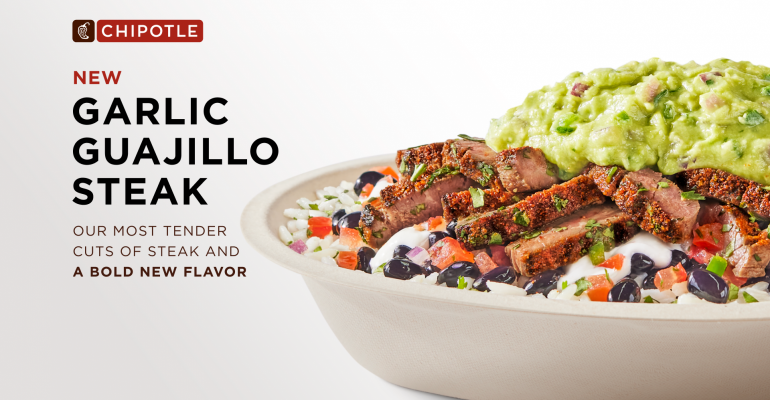 Same-store sales were up 10.1%, but company sees lower-income guests pull back frequency

The planned increase is milder than earlier menu price increases, which went up about 8.5% in 2021 and 10.5% in the first quarter this year, though the fast-casual brand remains a value leader in its segment. But the benefit of those price increases was offset by higher costs of ingredients like avocados, packaging, dairy, beef and chicken during the second quarter, as well as higher labor costs.

“Our pricing power and our value proposition remain strong as our culinary and Food With Integrity commitment continues to be a key point of differentiation,” he said, in a statement.

Same-store sales at for the June 30-ended quarter climbed 10.1%, and Niccol said he was pleased with the 3,052-unit chain’s performance during “a period of inflation and consumer uncertainty.”

But company officials said they have seen lower-income consumers pull back their frequency of visits to Chipotle, which was blamed on macroeconomic pressures. Fortunately for Chipotle, Niccol noted, most of the chain’s frequent diners come from higher-income households.

Same-store sales were on track to hit the higher end of projections, but then sales slowed in May, which the company blamed in part on a relatively new workforce that may not be “rush ready” and able to handle higher-volume throughput, as well as weakening in units located in college towns as students went home for the summer.

Dine-in sales increased 35.9% during the quarter as post-pandemic guests returned to restaurants, while digital sales represented 39% of food-and-beverage sales, the company said.

During the quarter, the company also completed rollout of a labor management tool. While there are still learnings, Niccol said, the hope is that the system will lead to better deployment on both makelines during peak hours to boost throughput.