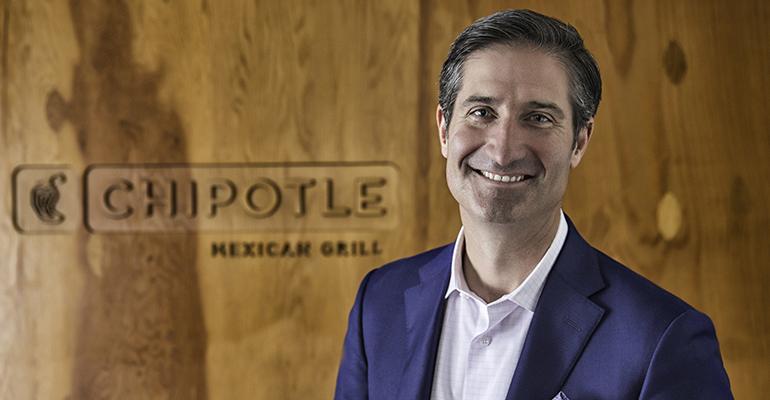 The significant salary — the most Niccol has made since he was hired in 2018 and made up of mostly long-term incentives (69%) and an annual bonus (22%) — was set to be just $14.8 million but financial targets were waived in light of the company’s stellar performance during the pandemic. According to the proxy report, Niccol made 2,898 times more than the median Chipotle worker’s salary of $13,127, as defined by "an hourly part-time employee who works roughly 25 hours per week at one of [their] restaurants in Illinois."

"Brian Niccol's annual compensation package is based on a competitive analysis of CEO pay levels within our peer group and is designed to pay for performance," a Chipotle spokesperson said in a media statement. "For 2020, Brian's compensation includes the value of a one-time modification that is not reflective of his ongoing pay package."

“The foundational ingredient to our success is operational excellence and during a global pandemic, the team remained focused on safety first, delivering a reliable and excellent guest experience,” Niccol said in the proxy statement. “Our ability to pivot and adapt to the rapidly changing needs of our guests is a testament to the durability of Chipotle’s model and the strength of its team members. We continued to reward and invest in our 88,000 employees, with $40 million in bonuses and assistance pay and over $13 million in tuition reimbursement, to ensure we are creating an environment that allows for continued professional development.”

In September, NRN reported that executive base salaries had taken a hit during the pandemic, with companies slashing as much as 10-20%. Early on in the pandemic, Chris Kempczinski, CEO and president of McDonald’s, offered a 50% reduction in his base salary, which was $867,500 in 2019.