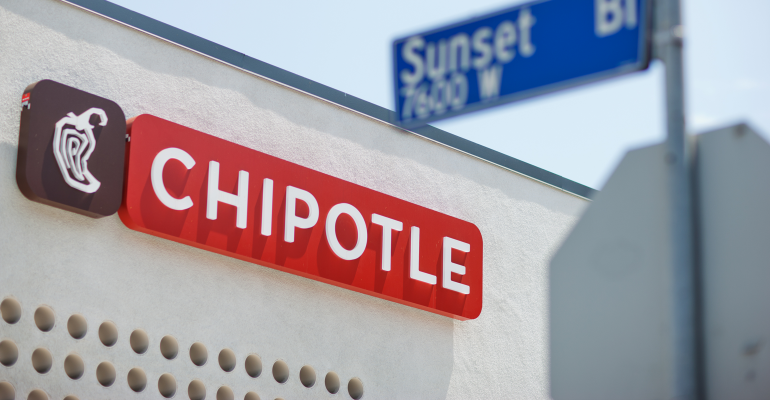 Chipotle lets consumers peek 'Behind the Foil' with new campaign

The move comes as the chain opens its 2,500 restaurant

To put its food safety-scarred past behind it, Chipotle Mexican Grill is looking deep into its roots to ensure its future.

The fast-casual fresh-Mex chain on Monday revealed the second part of its “For Real” campaign — documentary-style ads that the company said provide “unfiltered and emotional testimonials” from employees about the impact Chipotle has had on their lives.

The “Behind the Foil” digital and TV spots debut nationally Monday. They were filmed by Academy Award winning documentarian Errol Morris.

Also, on Monday, the company scheduled a live Facebook stream of employees prepping for the day at an Irvine, Calif., restaurant located less than 20 miles from its corporate offices in Newport Beach. The behind-the-line footage, which started at 11:30 a.m. Eastern time, was aimed at showcasing how Chipotle sources and prepares its fresh ingredients each day.

“Most people don't know that we start prepping in our kitchens at 6 a.m. Today we're going live to give you an unfiltered look at what happens every morning at Chipotle. No edits. No actors. Definitely no microwaves,” Chipotle posted on Facebook.

In the first 15 minutes, three workers in gloves hovered over green cutting boards chopping fresh vegetables and herbs including cilantro, red onion and peppers. The camera soon switched to an employee frying chips and seasoning them with lime juice and two shakes of salt.

More than 800 comments flowed in in the first half hour. Most were supportive of the behind-the-assembly-line peek.

“He’s doing an amazing job! Big kudos to the cooks!!!” one person wrote.

However, there were a few trolls and critics.

“Please ease up on the salt,” one woman wrote. “I can't even eat your chips they're way too salty — or maybe offer an unsalted version?”

"The campaign celebrates the heart of Chipotle, our dedicated employees and our supply partners who grow the real ingredients that make up the delicious food that our fans love,” he said in a statement.

Chipotle’s “For Real” campaign, which launched in September, is among several recovery initiatives launched in 2018 by new CEO Brian Niccol.  Other strategies by the former Taco Bell CEO have included menu innovation and launching direct delivery through the chain’s app or website. Delivery, powered by DoorDash, is currently available at 2,200 of the chain’s 2,500 locations.

Chipotle, which opened its 2,500th restaurant in Concord, Calif., also is testing drive-up pickup lanes or “Chipotlanes” and adding in-store pickup shelves and digital second make lines. The latter are meal assembly stations equipped with visual screens that guide staff through the digital orders to ensure accuracy. The tech-enabled second make lines are in nearly 950 restaurants and slated for a complete roll out at nearly all restaurants by the end of the year, Chipotle said.

The efforts have paid off. Last week, Chipotle beat Wall Street projections with solid same-store sales growth driven by a surge in digital sales. Same-store sales for the quarter grew 6.1 percent, the highest increase in six quarters. For the year, digital sales grew 42.4 percent and accounted for 10.9 percent of sales or $0.5 billion.